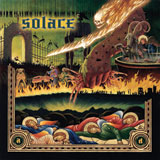 Solace must have wondered if this album would ever see the light of day. It’s been 7 years since their last full length offering “13” with only a handful of split releases and EPs to remind us they still exist. Beset by all manner of obstacles…band members leaving and returning, cancelled tours and serious illness…most bands would have thrown in the towel but Solace have chins of steel and taken every punch and turned it into their musical fuel to create a masterpiece that screams maturity, vitality and a breadth of scope that they could only dream of previously.

“A.D.” is a far more complex album than its predecessors. The brutal elements reach a greater level of savagery as on opener “The Disillusioned Prophet” where vocalist Jason alternates between a vicious throat shredding yell that would make most black metal vocalists cack their undies to a clean, powerful, melodic soar that evokes Ozzy and Dave Wyndorf. Throughout this album Solace have moved away from their more stoner metal roots and developed a broader palette that, although still drawing on their older sound, incorporates elements of NWOBHM, hardcore, thrash and prog. There is a sense of frustration and purpose here that sounds like the musical equivalent of Josef Fritzl’s daughter finally finding her dad’s keys!!!! The guitars of Tommy Southard and Justin Daniels duel in the classic sense of Thin Lizzy or Iron Maiden but with an added intensity and bite and throughout Jason’s vocals excel as his multi-layered approach adds a richness and depth that gives the music a brutal yet classic feel.

What immediately struck me about this album was how much it reminds me of the classic Sabbath albums like “Sabbath Bloody Sabbath” or Sabotage”, not so much in the actual sound but in the breadth and experimentalism of the song writing. The band easily step from the more Southern meets Sabbath grooves of “Six Year Trainwreck” and “Za Gamman” to the teeth bared thrash assault of “The Skull Of The Head Of A Man” and all points in between. In fact on “Six Year Trainwreck” Jason does a passable impression of a stronger, fitter Ozzy and Mister Iommi would have given his finger tips for the verse riff…if he had any!!!

Each song here is a complex, woven tapestry of riffing that pulls on the whole history of metal yet no riff is wasted or thrown in randomly. Each part of each song is as flicknife sharp, the only issue is not how memorable each part is, just how damn many parts there are to remember!!!! That, however, works for the album as the initial listen is an overwhelming experience yet repeated listens quickly foster a sense of familiarity that Solace’s earlier work didn’t quite have and guarantee it the status of a stayer…this is no mere one listen wonder.

In many ways Solace are the perfect metal band…they have the crushing heaviness of a lap dance from a rhino, big fat-assed grooves, soul and above all songs all wrapped up in a fat and juicy production. If they are able to put the bad Juju behind them that caused the album’s 7 year delay (as some witty soul dubbed it “Chinese Doomocracy”) and focus on the future, Solace should become one of metal’s major players on the back of “A.D.”. Just wait for Metallica to jump on the bandwagon and offer them a tour!!!! 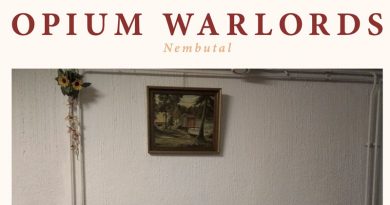