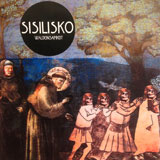 Robert Smith sang about being lost in the forest once and that sounded like a rather unpleasant forest. Scary and full of bugs that would get trapped in his hair. The forest of Sisilisko is dark and ancient. Brooding with mystery and promise of a lost world. “Come away oh human child…”

The faery taking you by the hand is Sisilisko from Stockholm. Their forest is a misty, cold one, with a haunting atmosphere, but nothing to fear. Though the tones may be cold like winter, there is a warmth and love for the earth hidden in the peculiar combination of folk and doom music of this Scandinavian two piece band.

With ‘Green Man’ the band touches on what can be called a universal forest myth in a most moving way. The music, though applied minimally, conjures a chilly atmosphere with its opening tones. A voice, like coming from the Earth speaks the words. The voice is weary, old as the oldest trees. The tones drag on, calmly, there is no rush at all. To describe the actual music, you could call it doom-folk, not the other way around. There is very little metal to be found in the sounds of Sisilisko.

‘The Mare‘ is not much different. Eerie singing is accompanied by acoustic guitar sounds. The vocals are a slight bit off, which creates that particular dark vibe the band is going for. There is an undercurrent of guitar tones full of grief, but it’s like the grief of a coming winter and days that become darker and shorter. It makes you want to huddle around the fire in a snow covered hut.

The mood becomes a bit grimmer and pressing on ‘The Woods‘ where the light plays with the shadows and a sense of unease can be felt by the listener in the music. Rather than comparing them to Black Sabbath or Saint Vitus (very randomly chosen), I would name bands like Wovenhand or Kiss The Anus Of A Black Cat (in their early days). The final song ‘You’ll Soon Be Dead‘ brings up a bit more turbulence in the build up towards the end, becomes heavy in a more full form and then ends, flutterling away in the wind.

The album is uncharacteristically heavy, with minimal means though. The sound drags on and on, deep tones, bringing up the memory of the cold winter earth. Weary voices speak through the shadowy forest and Sisilisko has made a record you will not soon forget. Seriously, turn the lights of, light a candle and grab a whisky and enjoy these dark tones. 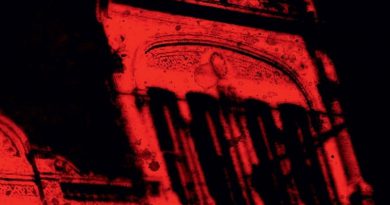