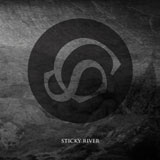 Sealclubber. Let’s just consider that for a second. Seal. Clubber. What do you honestly expect a band with that name to sound like? Black Country homeboys Sealclubber dropped a 2-track EP a while back on Witch Hunter Records – a taste-maker for some time now – and boy oh boy is it about time you checked it out (just in time to catch its rerelease in 2014).

Let me get straight to it – if you like Mastodon, there’s a good chance you like Baroness. If you like Baroness, there’s a good chance you like Kylesa. Sealclubber like all three – and their muscular, intricate metal is a testament to the power of The Riff. They throw out other influences that might help ‘fill you in’: Cursed, Madball, Sick of it All, Palehorse… all the way down the musical spectrum to ‘Bleach’ by Nirvana. If you needed any more convincing, Simon Blewitt, the vocalist, guitarist and riffmeister will be enwrapped in the folds of Opium Lord very soon…Watch this space.

I’ve spoken to members of the band before, and all of those bands and influences will factor into their newer, more aggressive, more intricate sound. But it’s this very EP that catches the ears with its ferocity and originality. They’re part of the whole new Black Country scene that is happening underneath our noses, several bands are crafting a bunch of new, heavy sounds to complement the bleak post-industrial landscape of my neck of the woods.

‘Losing A Fighting Battle’ blows the bloody doors off: harsh feedback layered over thick riffs, complex and intricate rhythms, and a kick-ass drum sound make this a prime slice of sludge. The proof that Sealclubber can step away from the shadow of their titanic influences lies in their ability to literally tear into their own, inventive HARDCORE BEATDOWNS with aplomb and veering (at about 3:59) into the blackest sounding burning-rubber nastiness you will hear today (probably). It ends, as it began, in shrieking feedback drones. Phew.

Second cut ‘Pissing In An Open Wound’ (sort it out you deviants! However, ‘Urinating in an Ulcerative Lesion’ sounds like a long-lost Carcass tune) contains even more layers of riffs, upping the ante in terms of guitar heroics. For the record, may I point out that this track sounds like a sludgey, downtuned version of ‘Myxamatosis’ by Radiohead? Dig it!

There’s no greater proof of the originality on display on this mini-EP, and on Witch Hunter Records in general. Sealclubber here cast themselves amongst the finest of the bands operating on a small scale in the Black Country. They record when they have time, will play most gigs offered to them, and have a tremendous fucking sound. I would highly recommend these two tunes to fans of sludge, and for music fans that like to hear bands before they inevitably blow up in size. Sealclubber, given the right tunes and direction, feel like a band that could just make it. 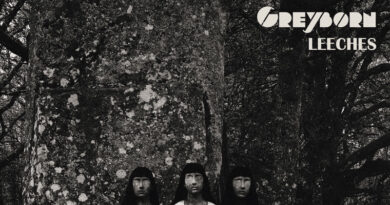 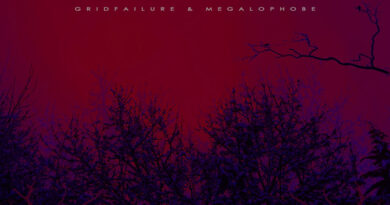