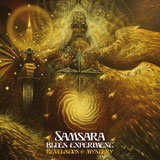 When I reviewed Samsara Blues Experiment’s previous album, “Long Distance Trip” in 2010 I wasn’t fully convinced I have to admit. I could sense that here was a band with genuine talent but had yet to fully harness their skills. It was a decent but unfocussed effort that hadn’t fully grasped their song writing potential and relied too heavily on aimless jamming. As a result when this new album came into view I didn’t necessarily greet it with open arms. What a mistake. It turns out that, in the year since the last album was released, SBE not only take the prize for most improved band but also put forward a strong case as a contender of one of the albums of the year.

“Revelation and Mystery” sees SBE take their heady brew of stoner, space rock, doom and psychedelia and tighten their grasp on writing killer riffs and arranging them into powerful, towering songs that burst with vintage riffs and deft instrumental touches. First track proper (barring the few seconds of untitled strange noise that precede it), “Flipside Apocalypse” effortlessly flows from pummelling heaviosity to psychedelic funk to megalithic doom to balls out rock without ever sounding forced or unnatural. Vocalist Christian Peter’s rich baritone may sound strange at first but it soon becomes a central figure in what makes SBE stand out from their peers. From such a strong opening we barrel headlong into the album’s killer standout track, “Hanging On The Wire”. Here is where the band really show they have their song writing chops fully up to speed as the tune romps from its Hawkwind infused verse chorus (one of the finest I’ve heard this year) to pure rocktastic Sabbath balls to the wall crunch towards the song’s climax. If the band don’t capitalise on this track and get a video up on Youtube pronto they’re missing a serious trick!!!

The Sabbath influence rears its beautiful head on “Into The Black” as SBE show they can doom out with the best of them before the band stumble upon their inner boogie and fire up a charging riff that Deep Purple would have sold their Hammond organ to have written. Listening to this album you are left with the impression that SBE have chanced upon some sort of treasure trove of classic, unused riffs from some of the 70’s greats and wrapped them all up in their warm as toast, analogue, fuzzy, reverb drenched sound. Like Sabbath before them SBE don’t rely on standard song structure but flow effortlessly and instinctively for segment to segment with consummate ease and skill.

“Thirsty Moon” is a gorgeous ballad that has elements of Captain Beyond’s progressive tendencies and, dare I say, some “Foxtrot” era Genesis. Here SBE fully show the breadth of their skills as both composers, arrangers and instrumentalists as they layer multiple guitars whilst retaining a spacious, open almost folky vibe that also hints at some prime Jethro Tull. The fuzz is never far away, however as the band kick into “Outside Insight Blues” which kicks off with some jarring beefy chords before sliding into some vintage jazz tinged blues working around a syncopated beat. Don’t get too comfy in the lounge chairs as it only takes a couple of minutes before the band hit the boogie button once more and set controls for the heart of the sun before returning to jazz improve territory complete with some subtle blues harp…these guys have more tricks up their sleeves than David Copperfield!!!

After such an intense workout “Zwei Schatten Im Schatten” is a welcome respite offering a couple of minutes of vaguely raga tinged acoustic folk delicacy complete with sitar accompaniment before the band launch into the twelve plus minute epic title track. Epic being the only word to describe this as it kicks off with a mighty, open doom riff that alternates between mellow passages with some truly inventive multi layered vocals and fat muscular riffing with more meat on it than a butcher’s knife. Perhaps a little more metallic than much of the album this still vibrates with a rich vintage air thanks to Peter’s rich harmonies. The balance is redressed as SBE explore some more psychedelic textures as the song progresses. This one track is pretty much SBE’s calling card as it pulls together all of the facets of the band’s sound under one umbrella.

SBE don’t deal in background music, trust me, I’ve tried to put this on while I read a book or something and it doesn’t work. This album demands your time and attention and pulls you away from any other trivial distraction. At seven songs in nearly an hour it may appear a daunting prospect but such is the quality and variety of the song writing here, with each song passing from movement to movement, the time passes almost imperceptibly. With Black Sabbath now announcing a reformation and new album for 2012 one can’t help but think that maybe, just maybe they’ve been pipped at the post here by SBE, it really is that good…and that worthy!!! 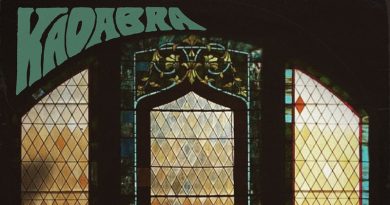