Released on 20th April Trippy Wicked & The Cosmic Children Of The Knight’s double A side of Three Leaves and Green Memories has a story that is probably longer than reading this review. Without rehashing their press release, if you head to their bandcamp page you can read how these two tracks were written during the time drummer Chris West had left the band back 2013 and how they came to be released during the COVID-19 lockdown in 2020. And conveniently you can pick yourself up a copy whilst you are there.

Needless to say this wasn’t the original plan for the songs and the current situation has put the kibosh on the band finishing the album they were part way through recording, but has afforded the new opportunity to give Green Memories a release as the band had decided it didn’t fit the feel of the album.

Planned as a celebration of the reformation of the original Trippy Wicked line up; Chris West (drums), Pete Holland (guitars and vocals) and Dicky King (bass), the release of Three Leaves itself is an updated version of the live track that was never demoed and as such is ironically now the definitive version.

Written as a tribute to the classic ultimate stoner movie Friday, the A Side is a plodding slamming piece of sludge that is awash with dense, lazy atmosphere that seems musically a long way from the music created by the writer of the muse, but certainly speaks to the philosophy of the film.

Slower and more dense than the likes of the line-ups last release, 2012’s Going Home, the music is probably more wicked than trippy and signals a self-confessed darker sonic direction, like the passage of time has weighed on the members. Holland’s voice is no less able to soar but now has more grit than before and often slips into tortured howls whilst the music grinds and drags itself towards the close.

Anyone who has seen the band in the last few years (pre and post reunion) should be familiar with this song as it’s a band favourite, which is why they have decided to finally share it, even if digital. To finally hear it get given the special treatment it deserves is a great thing and hopefully it will appear on a physical copy soon enough.

The longer Green Memories is more a taster of where the band’s new direction lies and sonically compliments Three Leaves well with the same tectonic marching pace.

Twice the length of the A side (which is conveniently 4 minutes & 20 seconds) the band get to explore more styles as they mesh them together. After the pounding opening, Trippy Wicked take a left turn with delicate melody and acoustic picking that is less country/folk than 2018s Stakes n Scale, Holland’s full throated roar switching to tender crooning, plaintive and vulnerable.

This lilting lullaby is more psych than stoner and almost Neurosis like in the contrasting styles of melody and brute force heavy they are playing with. The final harmonised run is something of beauty.

What this release has shown is that the reborn Trippy Wicked has plenty of gas in the tank and this two track EP is the perfect tease for a comeback by showing us a touch of the old and a hint of the new. Neither of these tracks will appear elsewhere I imagine and as such it is the perfect 4/20 release.

I would love to comment on the packaging as the artwork, produced by Dominic Sohor, is stunning and on point so it deserves to get the full 12’ treatment, but currently this is a digital release only. It is worth picking this up now, treating yourself physically later and preparing yourself for the next Trippy chapter. 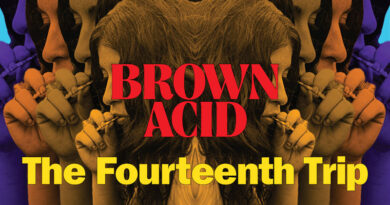 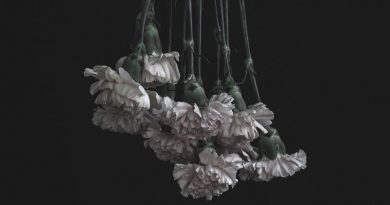