The River are a fourpiece who hail from the South London suburb of Beckingham which is located to the west of Crystal Palace. The band comprise of Jenny – Vocals & Guitars, Christian – Guitars, Stephen – Bass and Jason – Drums. Amazingly the band have been together for 20 years having formed in 1999 and despite all the years spent listening to Doom I had hitherto never come across either the band or their music. And there I was smugly thinking that I had my finger on the pulse when it came to the underground!

Vessels Into White Tides is the group’s third full-length album and their first since 2009’s In Situ. Reportedly the band spent a decade creating the album and, in an age, where the likes of King Gizzard and the Lizard Wizard put out 5 albums in a year, I find The River’s approach to making records refreshing. You don’t feel bombarded and exhausted by constant new output and enough time will have elapsed for you to digest and appreciate new work released by the band. I’m guessing this will be a theme relatable to your average Tool fan, not a band known for their prodigious work rate.

It is hard to know how to categorise The River.  I’ve seen them described as funeral doom metal, post-metal and post-rock. The truth of the matter is that the band are really an amalgamation of all those styles. The songs are lengthy, opening track Vessels is just over 11 minutes while follow-up Into White hits the 15-minute mark, this is quite a contrast to Thicko who I reviewed recently for The Sleeping Shaman which breezed past in a mere 8 minutes, it is the musical equivalent of the tortoise and the hare but in musical form.

it’s refreshing to have a band like The River so willing to bear their souls and tap into a deeper emotional core. The music is long, winding and dare I say progressive, but unlike say Dream Theatre never boring…

Front woman Jenny sounds positively ethereal and the violin on third track Open really draws out the fragility in her vocals. I am not ashamed to say that I was so moved by this track and was close to shedding a tear, such is the vulnerability present here. This is not something that doom is overall renowned for, a genre where Sabbathesque riffs lumber and largely beardy vocalists growl, rendering the vocals and lyrical themes largely irrelevant. I love the genre, but it’s refreshing to have a band like The River so willing to bear their souls and tap into a deeper emotional core. The music is long, winding and dare I say progressive, but unlike say Dream Theatre never boring.

It takes you on a journey and interestingly the artwork is of what looks to be a Willow tree reflected in a river. It looks like the kind of cover you would find on one of those meditation CD’s and listening to the album, you do find yourself relaxing into it and becoming more mindful of your surroundings. Like Blackwater Holylight (review) the album has moments of heaviness, and like that band, this adds to the emotional weight of the album rather than detract from it.  It’s maybe not the kind of record one would put on if you had recently experienced say a breakup (a good job I didn’t listen to it last year) as the raw emotional resonance may be too much to bear, on the other hand it may prove cathartic, so it all depends how you look at it.

This is a gorgeous album that you can lose yourself in and if you fancy investigating further go to their bandcamp page. 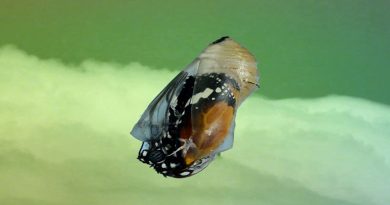