I believe it was legendary Stoke-On-Trent based philosophical think tank Discharge who once wrote ‘can you hear the sound of an enormous door slamming in the depths of Hell?’. Swedish Neanderthals Orchestra Of Constant Distress seem to have made it their life’s work to zone in further on what the rusted, banjaxed hinges of that slamming door would sound like.

Whether they’re going for sheer bludgeon or providing the kind of string scraping cacophony that immediately makes you feel like you’re in a dentist’s chair having your incisors picked, they deal exclusively and expertly with ugly. Which given their connection to the almighty Brainbombs and Skull Defekts should surprise approximately no one whatsoever.

Somehow their musical thuggery crawled onto the hallowed stages of the Roadburn Festival in 2019 and (un)luckily for us, the fine folks of Riot Season have proffered this as a document of the battering Orchestra Of Constant Distress provided to the assembled masochists who were present in the room at the time.

The first question with any live recording of course is ‘how does it stack up against the studio stuff?’ The blunt answer is that it’s pretty much on par, for the most part. The major difference is that owing to the un-effected live recording, the songs overall seem a little cleaner than the tetanus inducing studio versions. Discomfort might perhaps even suffer a little bit in its’ slightly more palatable quality. It still whacks you over the head with a great big thud of course; it’s just that you can hear the blow coming a little more clearly. Stripped of a couple of the additional layers of outrageous distortion than in the studio, OOCD have a little more breathing room, even if the air is a little thinner.

Fear Might Harm Others sounds monolithic, its’ industrial churn and clanging guitar notes leave you feeling like you’re being slowly dragged along some kind of murderous conveyor belt…

There are other minor differences, a couple of tunes appear in different keys to album versions, but there’s nothing rendered unrecognisable, and nothing is mutated too far from the initial version.

We also get what appears to be an unreleased track, helpfully called Unreleased just so you’re 100% clear. It’s a bass and drums waltz, punctuated by bursts of mangling feedback. So any worry that the live direction taken by the ensemble might be more leisurely is abated swiftly and brutally. It’s also a pretty good summation of how these guys can make stoic and noisy music, but without losing a surprising element of swing when they feel like it.

Fear Might Harm Others sounds monolithic, its’ industrial churn and clanging guitar notes leave you feeling like you’re being slowly dragged along some kind of murderous conveyor belt. The graveyard shuffle of Just A Little takes on the feel of a bar band made up of serial killers. There’s that swing again, a dirty blues played with psychotic abandon. As we get the audience sounds left in, the righteous hollering of the poor souls in attendance add to the ‘live in a dive’ feel, and it’s as easy to imagine this was actually recorded in a sketchy local in the bad part of town as it was a huge stage at Roadburn.

A fine companion to the studio albums and perhaps even a point of entry for those who are curious, but hadn’t yet committed to exploring their back catalogue. 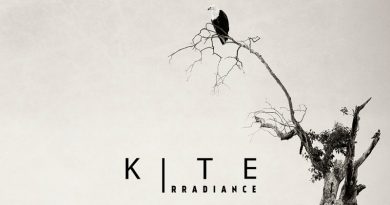