Roger ‘Buzz’ Osborne aka King Buzzo, is the frontman for the legendary Melvins who’ve influenced everyone from Mike Patton to Nirvana and Eyehategod. Gift Of Sacrifice is his second solo album, the follow-up to 2014’s This Machine Kills Artists, and was originally set to be released on 15th May on Ipecac Recordings, but has been moved to the 14th August.

Buzz is joined this time by his Melvins and Fantomas bandmate Trevor Dunn while the artwork has been done by Buzz’s wife Mackie, whose output you may recognize from other Melvins releases such as Three Men And A Baby and Everybody Loves Sausages. To quote Sly Stone it’s a ‘Family Affair’. As a Melvins fanatic I await each related release with a degree of excitement and anticipation and this solo effort is no exception.

Mental Vomit opens the record and is a 40 second instrumental that reminds me of Adrian Belew era King Crimson. This sets us up nicely for one of the longer tracks on the album Housing, Luxury, Energy that commences with some gentle acoustic guitar and violin, before we’re hit with Buzz’s vocals at around the one minute mark and which are surprisingly soulful. It’s an odd experience hearing Buzz in this context, especially as I am accustomed to his crunchy sledgehammer style riffing. However it works because it retains a heavy emotional density as opposed to volume. I’m Glad I Could Help Out follows and sees Buzz adopting a Tom Waits style vocal, there is also a slight swampy blues feel to the guitar playing, possibly my favourite on here.

We arrive at the longest track on the album Delayed Clarity that follows a similar pattern to Housing, Luxury, Energy. Violin intertwining nicely with Buzz’s soulful vocals and genteel guitar plucking. It is a decent track, if a little interchangeable. Another instrumental is the 1:32 minute Junkie Jesus. An odd experimental piece that combines disjointed vocals with random noises, demonstrating that although this may be an acoustic and downbeat affair, Buzz hasn’t lost his taste for experimentation.

The willingness to experiment and confound expectations at what is perceived to be his/their genre, always makes for exciting and intriguing listening…

Science In Modern America is a nod to Buzz’s day job with the Melvins, it also curiously reminds me of Scott ‘Wino’ Weinrich’s more recent acoustic offerings, never a bad thing. Bird Animal has a psychedelic, Ravi Shankar feel to it and as with I’m Glad I Could Help Out demonstrates why I fell for Buzz/Melvins in the first place. The willingness to experiment and confound expectations at what is perceived to be his/their genre, always makes for exciting and intriguing listening.

Penultimate track Mock She sees Trevor Dunn adopting a jazz bass influenced sound and it dare I say, swings. There is also some offbeat freeform violin present. Despite this, it is a catchy number that reminded me of the Melvins at their most ‘commercial’ around the time of Houdini. The album concludes as it started with a barrage of random noise with the track Acoustic Junkie.

In my opinion this was a tighter and more engaging effort than Buzz’s solo debut which, although enjoyable in spots, I found to be exhausting at a mammoth 17 tracks. Unlike that, and its relatively straight forward nature (for Buzz), this was a far more engaging listen and its shorter run time also meant it never threatened to overstay its welcome.

Now, is this an all-time classic that will rival the best of the Melvins catalogue? I would say no, but is it a pleasant enough distraction that provides us with a bit of breathing space until the next Melvins album lands? For sure. 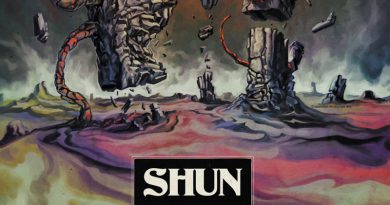