Coming out on the well-respected Sludgelord Records, Vancouver’s Heron’s third LP is described in the accompanying press release as ‘sludge’. My expectations of sludge are always something in the Grief, Lazarus Blackstar sort of vein and Time Immemorial by that reckoning isn’t going to scratch your sludge itch, and, let’s not fuck around here, if that’s what you’re after, go and check out the new Slave Hands record instead.

That said, thankfully this isn’t the meme where the guy sees the sludge tag on bandcamp and has a happy face, then sees that it’s ‘sludge metal’ and has a sad one. This is not a generic stoner sludge doom bandwagon jumping record, but if you know Sludgelord Records, you know it was never going to happen that way. This is just the other end of the spectrum of what gets described as sludge, the end that takes as much from Neurosis as it does EyeHateGod. It’s not a bad thing.

Opener Long In The Tooth begins with the post-metal trope of a synthesque noise with a clean guitar coming in, and takes it’s time to build as one would expect, but the way it’s done with off kilter timing and a sudden dive into fuzz territory veers it away from outright cliché. The structure relies on the same riff, but feels like there’s a narrative and the repetition is not unwelcome. The vocals waver between a powerful shriek and a throaty growl that compliments the huge guitar tones. There’s obviously a fantastic connection between the guitarists, whose playing and note choice gels so well. Likewise the guitarists and drummer for a solid, tight sound that doesn’t necessarily feel like there’s a huge hole where a bass would be.

My only complaint would be that the drums overall sound a little boxy and the room at the bottom end for the kick drum left by the lack of bass guitar hasn’t been taken full advantage of, it still inhabits a little clicky space that would be ideal for a death metal record full of intricate double kick drum, rather than the full sound it could have had, which I feel sonically would have improved the record. But meh, I’m being picky, the toms sound huge and are showcased brilliantly in parts of the album, and it will 100% not spoil your enjoyment of this record.

Second track Death On The Malahat shows a strong hardcore influence, then towards the end, a passage of near Jonny Greenwood noise-focused guitar squeals, and you can hear the bands arrangement skills as passages become increasingly intense without obvious and jarring changes.

Third track Boiling Ancient Light even does the mid-tempo thing, which admittedly I mostly don’t like, for five minutes without ever feeling like a slog. The guitar intro is the closest this album has felt to a sludge record as I see it, while the final two minutes head drastically towards the faster end of the spectrum before dropping into some beautiful ninth chord major key post metal heaviness that Explosions In The Sky fans will find immediately familiar and is probably my favourite bit of the album. This is testament to the band’s ability to write and play engaging music.

Fourth track Void Eater was probably my least favourite, devoid of hooks or anything to latch on to, but not an off-putting listen, and the ending is extremely satisfying, for me at least, petering out suddenly and organically, which isn’t something many bands are willing to do, maybe for fear of something sounding unfinished, but I think adds to the authenticity, rather than a hastily written and glued on ending that feels dishonest.

I admit, I wasn’t looking at the track list while writing this review so the start of the fifth track had me surprised that anybody would write a riff so instantly familiar to Entombed fans, then I realised what was going and feels strange that the band would include a cover of a track as iconic as Wolverine Blues. But hey, it’s a good cover, and it’s brave to put a classic next to your own material. It feels a little bit filler-y and drags me out of the immersion the rest of the album conjures but hey ho. Not the end of the world, is it?

Album closer Endless again shows that happier tonality to the band reminding me of Saw Her Ghost records from the mid/late noughties. The song writing here is again overtly more Neurosis than Noothgrush, with quiet passages that crash into the cathartic crescendo you’d expect and the final few minutes of the album are as heavy as you could expect for a band with no bass guitar.

Overall, yes, this isn’t the sludge that some might expect. It’s a much more post-metal affair but at the same time, the narrative structures, the intelligent and tasteful arrangements, the obvious great chemistry the band have and overall ‘polished without actually being polished’ sound give a solid end result. One that’s well worth whiling away the hours while locked down, or any other time for that matter. 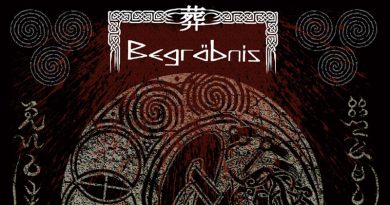