I’ve been a big fan of Mars Red Sky’s cerebral take on stoner rock for years now, so when I saw a raft of releases from their record label I was intrigued. That provenance and Dätcha Mandala’s name had me imagining some epic, eastern-tinged heavy psych voyages into the outer realms of consciousness… Which just goes to show that you should never judge a book by its cover. Or that you should never assume. You know, that sort of thing. Because Dätcha Mandala’s second album, Hara, is a real head-scratcher and not in a good way.

The album is a real story of two halves or, to be more precise, a story of the first third and then the remainder. So let’s start with the positives, almost all of which fall in the first four tracks. Opener Stick It Out kicks the album off with a blast of high-energy, up tempo heavy rock; the sort of thing you can imagine sitting comfortably on Fuzzorama Record’s roster somewhere between Deville and The Durango Riot. It’s a good track, laden with promise of rocking things to come.

The next few tracks see Dätcha Mandala ease back the throttle but retain the good times vibe, settling into a bluesy southern rock groove that’s reminiscent of a whole array of bands from the 70s. Mother God features some tasty slide guitar and Who You Are sees a harmonica introduced to good effect. Missing Blues might be a bit too jaunty for some, but if you’re in the mood it’s makes for a breezy two minutes’ listening.

It’s at track 5 that things start to get weird. Morning Song is a piano ballad, and I don’t mean the sort of sparse, angsty ballad you could imagine sneaking onto the sort of albums we tend to review here. Apart from a short section with guitars towards the end, that recalls Queen at their very corniest, the main thing it brings to mind is Barry Manilow trying to record an 80s sitcom theme tune based on the one from Cheers. Now, if Bazza were to do something of that sort he could certainly do worse than Morning Song, but it’s a jarring change of gears from the preceding tracks and not to my taste. At all.

Opener Stick It Out kicks the album off with a blast of high-energy, up tempo heavy rock…It’s a good track, laden with promise of rocking things to come…

The weirdness continues with Sick Machine, which sounds like a rock band covering a Donna Summers disco track. With vocoder thrown in. I appreciate that might sound genuinely horrific, but it’s better than you might expect. I suspect that if I heard the tune a certain number of times I would begin to find it profoundly annoying, but after a few listens I can accept that it’s catchy and not totally devoid of merit.

After those puzzling diversions things start to settle down a bit, with Moha providing the only instance of those eastern influences that I was foolishly expecting. It’s a decent enough track, featuring the sort of percussion and Indian lyrics that George Harrison was fond of dabbling in. The remainder of Hara varies between rock tracks that recall the more radio-friendly end of stoner rock and the odd clunker. Bluesy ballad Tit’s in particular is pure soft rock cheese and I’m not sure what that apostrophe is doing there. Things do at least end on a positive note, with album-closer Pavot being easily the heaviest and most rocking thing on the record.

I’m sure that the eclectic range of musical styles on Hara will appeal to some, but for me the record just sounds like a mess. After the first four tracks, it’s as though the band decided to see how many completely incongruous things they could fit on a record and call it an album. It’s a shame, as when Dätcha Mandala focus on the rock it’s actually pretty good. Maybe next time. 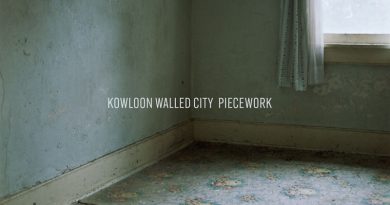