It’s a sign of my age that a band formed at the tail end of the nineties (in this case 1999) now has a pedigree of 20 years, as opposed to something that is new and fresh. Ohio based noise-rock/sludge metal trio Rebreather have been not so quietly dazzling people with a sound that encompasses drone, alt-rock, and a melodic sensibility in what has become dubbed (possibly by them alone) as Cave Pop.

Now armed with their fifth full-length album The Line, Its Width And The War Drone ready for release on Aqualamb Records this winter, Rebreather are back to show the world that they haven’t lost a step and there is plenty of gas left in the tank for their intelligent brand of fine alt-rock.

Picking up like they never left off, Sick, Sick, Sick is an opening salvo of bombastic post-rock, tumbling, thick low-end churns of murky stoner sludge, complete with vocalist/guitarist Barley Rantilla hollering discordantly as the band rip through the kind of chaos perpetrated by the likes of Hark or prime era Jesus Lizard. Moody and jarring with snotty punk attitude, the band have a swagger and a belligerence that comes with self-belief and experience. This is no brash defiance of youth, but a cynicism and a pissed off attitude that comes from finding yourself in a world that you didn’t imagine turning out this way.

It Comes In Threes is an equally heavy slab of ever shifting riffs and time changes; lurching and slamming the band sound close to coming unhinged at moments as drummer Steve Gardener and bassist Steve Wishnewski bounce back and forth for control over the direction of the rhythm section. They teeter on the verge of feeling genuinely unravelled yet at the last-minute pull it back, giving you the sense of being thrown around in a choppy sea praying for relief.

That relief comes with the third track Silent H, a slow burning track built on the smouldering downbeat atmospherics with multi-layered vocal harmonies and a slow plodding, progressive bass line that leans more heavily on the side of stoner. Featured guest vocals, the sound washes over in a smokey, otherworldly funk that never strays into overly oppressive territory, but instead has a deep chugging groove that keeps the momentum ticking over.

Choke On It follows on like an epic space rock ballad that belongs on an operatic concept album. Emotionally charged and dripping with vulnerability, intensity, and humming with a drone-like pulse, this is an album highlight that builds to the second half of The Line, Its Width And The War Drone and shows that the band are more than mere noise merchants, but an outfit who know how to strike poise and balance, wringing every last drop of catharsis out of the track.

After this Residual Madness comes around like Play era Moby indie style rock, the sonic dissonance and slick riffing shimmers with that post-grunge, sharpened pop sensibility, and distorted grind that was a bright spot for five minutes in the late nineties. The seeming simplicity of the almost one riff construct shows that the veterans know exactly what they’re doing when carving out these tracks, walking the line between punk and pop-rock before Drown goes full shoegaze.

Before the final track, the aptly named Closer, Rebreather bring back their previously mentioned cover of Pets. Slowing the post-Jane’s Addiction Perry Farrel track into a weighty crawl, Rantilla’s chopping vocal take is muted behind walls of pounding sludge and feedback, whilst the guitars grind in a way that calls back to their earlier work.

Closer itself seeks to build from the previous howl of feedback and provide another direction sign for where Rebreather go in the year 2021 and beyond. Augmented by female backing vocals, they once again turn their attention to epic post-rock that crafts more of a lengthy story, rather than a bullish roar. Still covered in spiked edges and attitude, the expansive melodies very much act like a Trojan horse for the harsh, tormented pleading that ends the album creating more food for thought than closure…

Even discounting the break into consideration, Rebreather have been doing this a long time and produced enough music to know what they’re doing. It’s easy to call a band underrated, but it’s another thing to have them showcase it so diligently. Rantilla and company definitely have an aura of a throwback in their songwriting, one that can recall an era of Neurosis influenced sludge, DIY hardcore, post-Kyuss desert rock, and searching indie radio rock that found its melting pot in the years before Clear Channel brought out the local radio stations across America and things became more homogenised.

It would be a bold statement to say this album has it all, in spite of all its twists and turns, they’re a band that you probably need to spend time with to truly love and appreciate all they have to offer. They probably aren’t the shiniest toy in the box anymore, but those that appreciate them will come back again and again. 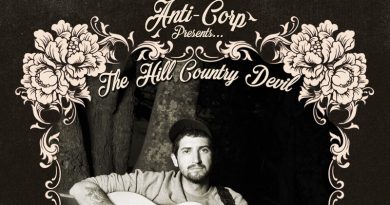