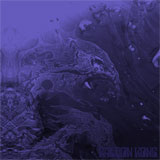 Wow. Purveyors of cosmic woe Raedon Kong are one of those bands you come across every once in a while that have the gift of sounding both familiar and strangely unique. Including former members of Collapsar and The Icepick Revival, this new duo is a far less prickly and more atmospheric, tempered affair. It’s also light years ahead of their previous bands.

The mostly instrumental ‘Heavy Lite’ surges in from nowhere and nicely establishes where we’re at: an insistent riff, some fantastic shuffling drumming, and an unexpected shift in gears halfway through for some more thoughtful but no less gigantic riffing. The guitar, heavily effected, sounds huge, bathed in reverb and with an almost synthy quality at time. I’m tempted to think this might be layering, but nope, it’s just one dude and an array of effects pedals doing the work of three guitarists.

For a two piece, this one of the most expansive sounding… maybe not wall of sound… think planet of sound type approaches to heavy music I’ve heard lately. Everything sounds so full, and having Googled for live videos it would appear the two man set up hasn’t hindered them at all. Stephen Sheppert is to be applauded in that regard, the dude is a seriously creative guitarist.

So, groundwork established, the following ‘End of Days’ is a melancholic, haunted sounding affair that rides in on an acoustic guitar. Possibly the catchiest thing here, the gravelly yet melancholic vocals take the front seat, sitting nicely above the ponderous riffing. A slow burning and contemplative number, it shows off a skill for songwriting that many bigger bands would envy.

‘Forgotten Son’ starts in vaguely proggy almost Henry Cow territory before bursting into a riff that’s the nearest they get to their previous bands. We twist and turn through this slightly more jagged terrain before arriving at a more mid paced, headbanging section before those excellent sci-fi guitars come in and we’re dragged through the murk to the finish line. It’s this point where their own description of “Karp meets Mahivishnu Orchestra” really makes sense. Or, if you like, Mastodon covering all of ‘Angel Rat’ at the same time.

Closing things off, we get the epic ‘Ash Is The Omen’ – another slow burner blessed with a simple yet haunted vocal over HUGE guitars. This is the sound of a band as cosmonauts, blasting into the dark skies above them. Another melancholic sounding number you realise at the end that its ten minute duration seems to have passed by in a third of that time. There’s a cinematic flair here, as there is with all of the other tracks, that suggests it would lend itself perfectly to some kind of Science Fiction film. It’s like the audio equivalent of the film ‘Moon’ condensed into 10 minutes.

Their ambience filled, almost hallucinatory sound is an immensely satisfying listen. Progressive without being overly showy or up their own arses, atmospheric without knowingly slipping into any kind of ‘post metal’ nonsense. Raedon Kong is a potent and dynamic band with a staggering amount of potential for greatness if these tunes are anything to go on. If you like your heaviness mixed with melody and mood, I really cannot recommend this evocative little EP strongly enough. Roll on the full length. Superb. 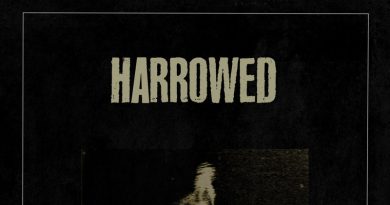