I chose to review postcards of new zealand’s burn, witch, burn to step outside of my comfort zone. The promo was labeled as post-black metal and since I have a (mild) obsession with post-metal, I thought this would take it a step further. Plus, the album art caught my eye which reminded me a lot of Elder Druids last two releases.

I was wrong. This album was not for me. I did step far outside my comfort zone however, so mission accomplished. I will add that just because I didn’t like this album doesn’t mean it’s a bad album. I’m not the all-seeing eye when it comes to music. See what I did there, Lord of the Rings reference, postcards of new zealand….

There is a lot of talent within the ten songs and there were definite points of inspiration and appreciation throughout the album. Ear splitting explosiveness starts the first track with fast riffs, speedy double bass and harsh vocals. That intensity remains throughout and not only on the first song, but the first four!

who’s wearing pants starts the destructive power and on a silver plate follows, maintaining intensity but the riffs and drums slow down a bit. It borderlines on doom rather than black metal in my opinion and, for me, this song is far catchier. pill fight starts off slow and damn, the riff is awesome. The pulsing drums and palm muted riffs play off each other perfectly with electronic drones filling in the other frequencies. The demonic vocals growl over the top and I really like this song.

all the same follows and with a unique sounding cymbal, the song cuts off into absolute chaos. While all hell is breaking loose, you can hear a rather awesome riff. The fast-paced music is quickly slowed to a few palm muted riffs and just as quickly, launches into insanity. I immediately get a Fantômas vibe, specifically their Suspended Animation album from 2005. all the same could be retitled to a date in April in 2005 and fit nicely on that album. pinky swear starts off similar and gives me the Fantômas insanity feel, but there is more rhythm in this song, especially between the drums and guitar single notes on the off beat as it sounds pretty cool.

Five songs in and there’s a moment to breathe. The drumbeat played off the rim is a refreshing change from the in-your-face double bass drums that even make me exhausted while sitting on my couch. It’s impressive anyone can do that. soccer mum takes things back for a short time then weaves in the destructive explosive riffs throughout. This is what I expected post-black metal to be.

It transitions nicely into dead skin care and it’s another great track on the album. A slow heavy head banger that won’t put me in the hospital with a broken neck like previous songs. I would really like more songs like these two and I’m happy I got to hear them. holy bazongas is up next and the intro was promising, but chaos ensues and it’s actually an impressive feat. There is a rather great bass riff in the middle of this track, and dare I say, it’s groovy. A slow build-up at the end transitions into themiscyra which again takes things back a notch. There are some interesting swirly phaser effects that add some new textures.

The title track burn, witch, burn closes the album. It’s a very good closer. There are a lot of elements at play here. It’s my favorite song and not because it’s the last. I genuinely like and will listen to it again in the future. I get an Old Man Gloom vibe and it’s got a good beat and progression while reaching into some uncomfortable tones and notes. It adds tension in the right places and keeps you wanting to hear more.

postcards from new zealand put forth a fantastic album for fans of faced paced mind-melting black metal. The dynamics are well executed but I guess the calmer slower sections aren’t calm and slow enough, while the high intense chaos goes a bit too far for me. This, like most music, isn’t for everyone and unfortunately not for me, but it will definitely leave a mark for someone who can appreciate the monster waiting to burst from their speakers and I hope that person finds it and obsesses over it. 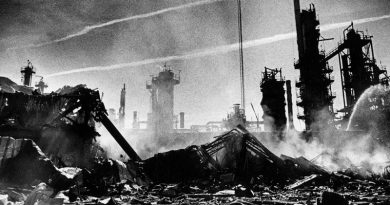