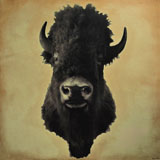 When a band’s bio claims that a band have a combined 40 years in the Sacramento punk and hardcore scene I will take a sideways glance at them and raise an eyebrow…this could be interesting I think to myself being a lover of things of a raging and noisy nature.

To that end Devil’s Daughter is a surprising opener treading, as it does in fairly clear retro/stoner rock territory. There is a touch of Carousel in its 70’s inflected grooves and a hefty nod towards Red Fang. It may not be punk rock but it’s a pretty cool kick off for an album. Certainly if no-one makes it past this track it’s pretty memorable…so far so good. By track two, Feast On Fisticuffs the Red Fang influence is becoming ever more apparent but the raw vocals at least betray some of the band’s punk rock past even if the lead guitars are staring square at Thin Lizzy.

From Sleep is an early change of pace…all bluesy guitar and warbling univibed vocals interwoven with the obligatory big, muscular chorus. It’s not bad but it’s certainly nothing you won’t have heard before, and probably a little better if I’m being completely honest. Heavy Days Moon Blood does little to lift the album lumbering along on a lazy doom laden riff and a vocal that owes more to the band’s hardcore roots. Admittedly the song picks up halfway through in a bizarre schizophrenic twist that shows the band have some tasty chords at their fingertips. In fact the first minute and half could have been binned altogether and seems utterly superfluous.

By track 5, Sugar’s Peepers I am starting to look at my watch and feeling thankful that I’m hitting the halfway mark. Which is a shame as the song itself isn’t a bad attempt at some rolling blues backed up by some nice organ and some decent vocals…it does go on a bit though to be fair! Young Man’s Shoes on the other hand is a vast improvement…a brawny stomper of a track that has some echoes of vintage Rainbow and even features some tasteful piano action. It’s a track that shows that Peace Killers are a band with something to offer when they really put their mind to it.

Fortunately Recovery continues the trend. Not as strong as its predecessor, it’s still a pretty tasty piece of balls out vintage style rock and roll that gets the blood pumping just enough. By Green Metal the band are hitting their stride. Gone are the Red Fang tendencies to be replaced with more Rainbow meets Grand Funk, meets David Coverdale era Deep Purple all bound up in a modern, thick guitar tone. The vocals here definitely hit their peak and there is some nifty fret action as the song plays out.

The album closes with Peace Killers’ take on Howlin’ Wolf’s Spoonful.  It could all go badly wrong but fortunately between the subtle, Hammond driven verses and the forceful, stomping chorus they pull it off in style.

Ten years ago Peace Killers could have been right up there. The album isn’t perfect and does betray some weaker moments but all in all isn’t too bad at all. It just suffers, however, from the fact that it has pretty much all been done before. True, rock and roll isn’t really about reinventing the wheel, it’s about spinning the wheel well, which these guys do, but it comes hot on the heels of a multitude of bands all spinning the wheel as well if not better. It’s an album that is certainly worth a listen and hints at some greater future potential, but whether you’ll go back to it time and again…I’m not so sure. 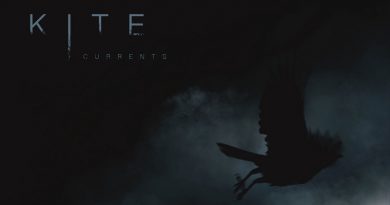 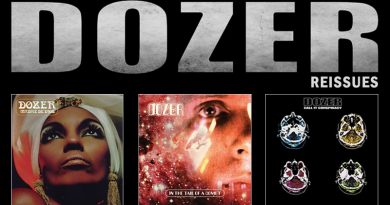