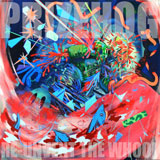 Art in all mediums is very much subjective. One man’s Picasso is another man’s Constable and music can prove ever divisive as people chose to push boundaries, exploring influences and sounds that other people would consider the brink of madness or noise.

Portland based power trio Prizehog could best be described as avant garde as they attempt to combine other worldly prog meditation, sludge, electronica, shoe gazing melody and lashings of psychedelia. If it sounds like a head trip to listen to then I think the band have at least achieved what they set out to do. Adorning the cover of the left field titled ‘Re-Unvent The Whool‘ is a painting by New York artist Chris Jehly. His work is a mixture of cartoon and comic influences mixed with mural and graffiti painting that he combines to explore and distort themes of war, chaos and everyday life. In many ways it is a perfect visual accompaniment to the 9 chaotic pieces of music on the band’s third full length release. Existing fans of the band will know what to expect but for the un-initiated I would recommend you strap yourself in as it’s pretty unhinged from the start.

’Paradiggum’ begins with sounds strung together; unsettling ‘plink, plink’ rhythms of electronica and off kilter noises to create an uncomfortable atmosphere swirling with chaos. This is then joined by cavernous, almost robotic, Byzantine monk like vocals, heavy on the effects and almost like a ritual summoning an old God from the depths of the earth. This morphs into a huge vibrating drone that builds until it is an all compassing wall of sound that gets its cathartic release in a thunderous break out with frantic drumming.

Eventually out of this maelstrom, chugging riffs emerge and technical guitar playing collides with the psychedelic lurch of the music. This powerful middle segment represents the band at their most linear and teases you with moments of groove before it collapses back into disjointed weirdness flavoured with teasing glimpses of Southern Rock and strange sounds.

Follow up track ‘Whoady’ begins with warning alarms and space age sounds. To be honest at this point it feels like the album could literally go anywhere musically but the echoing vocals are backed by heavy doom that, despite the flamboyant embellishments, is less scatter gun and erratic.

Right behind this ‘Shed’ is a slice of brutal atmospherics that builds, returning to earlier themes of noise and chorus like singing that wrings all manner of emotions out of the performers, even if you are not entirely sure what those emotions are. At times ‘Re-unvent The Whool‘ does invoke the impression of the band throwing things at the walls to see what sticks but here this is a more solid Doom formula and it works well, albeit through a twisted filter.

‘Awsme Bude’ continues in the same vein, in fact if you are not paying attention you could be forgiven for missing the change over. Whether this is deliberate or not, the track feels samey and stop start in comparison before concluding with a cacophony of weird noises.

‘Irrelevant’ has a nice drumming pattern that helps create a flowing vibe to the track; there seems to be a noticeable step up in quality of song writing and it feels more direct and the album is better for it’s inclusion – strangely given the circumstances this is disrupted by a classic rock edge, which at times is welcome but does sound out of place. Cap this off with more garbled and effect laden vocals, it is a track that gives the listener a reward for their indulgence and then willfully fucks with you.

Despite the title, ‘Gnumskill, The Ruler’ is a more straight ahead variation… steel guitar gives the listener a twisted western, country song feel and the swaying, chanting lilt to the vocals recalls the dark synth pop of Maynard James Keenan’s Puscifer.

Final track ‘Directions To The Valley’ is a throwaway ensemble of sounds and samples including pig noises and squealing, even as someone who likes a walk on the weird side this was random. It’s not often an album leaves me scratching my head. The worst thing that could have come from all of Prizehog‘s efforts is for the listener to be completely indifferent to ‘Re-unvent The Whool‘ and I can honestly say that is not the case;

At times it is fascinating; bags of potential waiting beneath the surface to be discovered as the band have plenty of vision and ambition, not to mention skill. However it is also utterly mental and verges on nonsense at times. If you like your Psych influenced Doom heavy on the mind expanding side with almost Byzantine like singing then this is definitely the album to get hold of, for those who like their music linear and less genre straddling, avoid like the plague. 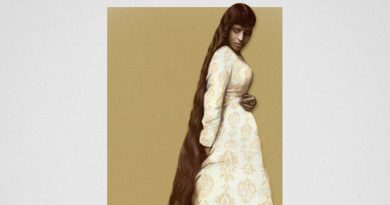 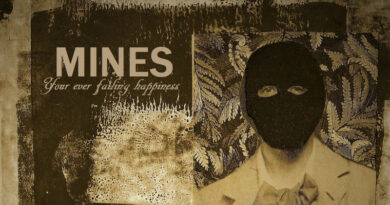