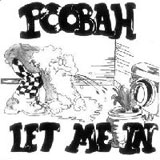 In much the same way as you can throw a stone nowadays and hit a band riding along on the coat tails of some or other genre fad, be it stoner, doom, drone, sludge, emo or whatever, if you crack open enough rocks you will find the fossilized remains of a million albums from days gone by that have been long forgotten and discarded. In many cases these little gems are destined to remain languishing in obscurity but occasionally one will rise to the surface and gain a certain notoriety…look at Leafhound and Sir Lord Baltimore for example. It would seem that the guys at Ripple Music were talking a walk through the desert one day and tripped up on this cracking piece of wax from Poobah sticking out of the sand and decided to give it the kiss of life once more.

Unlike many of their contemporaries who have decided to ride the current wave of their newfound popularity and forge new line-ups to hit the road, it would appear that Poobah have never really gone away and have always been plugging away cranking out their proto metal psychedelic blues for nearly 40 years now chucking out albums and tearing up stages. It is, however, for this album that they seem to be the most well known with vinyl copies changing hands for up to $300 dollars on eBay. Well folks, save your cash for here is a spanking new, bells and whistles version that presents the original 6 track album and an incredible 12 bonus tracks all lovingly remastered by sonic genius Tony Reed from Stone Axe.

As with Leafhound and Sir Lord Baltimore, with whom Poobah share many of the common traits of early 70’s heavy rock, on first listen I was immediately hit with the “how the fuck did I miss theses guys?” vibe. Considering myself something of an aficionado of 70’s metal I am ashamed to say that Poobah completely fell short of my radar. This album is little short of incredible so how these guys aren’t living in mansions now and living fat off the royalties of a golden career I’ll never know.

Kicking off with “Mr Destroyer”, for 1972 this would have been the musical equivalent of being hit with a tazer (did tazers even exist in 1972?). Jim Gustafson’s thick, biting guitar is set to stun as the band blast through a tune that somehow bridges the proto punk of The Stooges, the psychedelic tones of Hawkwind and the drug addled minimalism of The Pink Fairies. Gustafson proves himself to be one of the unsung heroes of acid blues guitar playing while drummer Glenn Wiseman throws in some heroic fills. Next up the band do a musical 360 on “Enjoy What You Have” which is a stripped back, light and airy piece that revolves around a mellow repeated guitar line and spacey, breathy vocals…a real smoker’s delight!!!

Poobah dust off the blues on “Live To Work”, albeit under a layer of syrup thick fuzz guitar and Ritalin avoiding drums. The themes of dissatisfaction with working for “the man” ring as true 38 years on as they did when this was laid to tape (yes tape!!!). Brief and to the point it paves the way for one of the most memorable tracks on the album “Bowleen”. Showing that there is far more to Poobah than cranked amps and gut wrenching vocals this track possibly owes more to Syd Barratt era Pink Floyd than Deep Purple or Sabbath as it explores Eastern themes in the guitar lines and a steady, hypnotic beat. Gustafson still mages to throw in some radical shapes but tempers it alongside some sparse keyboards. Structurally this is pretty linear but it seems to work.

“Rock N’ Roll”, as the title suggests is a 12 bar blast through some deliciously filthy rock and roll that would make Little Richard shit his extravagant stage wear!!! Once again Wiseman excels with his Keith Moon meets Ginger Baker on a sugar rush skin work while Gustafson’s guitar sounds as though it’s pushing the Marshall to the point of tears. The album proper rounds of with some more bump and grind boogie with the title track. Gustafson takes centre stage again with some more finger bleeding axe work while Phil Jones works the bottom end with pure sex dripping from his fingers. Obviously the 70’s wouldn’t be what it was without a drum solo and hot on the heels of Bonham’s “Moby Dick”, Wiseman pitches in with his own tumble round the kit. Excessive? Maybe. Kick ass? Of course it is!!!

Of the bonus tracks we’re treated to some alternative versions of “Bowleen” and “MR Destroyer” and various studio and rehearsal outtakes that run the gamut from blasting blues jams such as “Blooey Gooey” to the psychedelic metal groove of “Make a Man Outta You” that isn’t a million miles away from the fuzzed up blueprint set by Blue Cheer 4 years previously. “Upside Down Highway” is 7 plus minutes of frantic bass and guitar heroics, Gustafson clearly enjoying the spotlight but taking his time to allow the drums and bass interplay to breathe. “Walk of the Bug” throws some more Blue Cheer style, ear-splitting, speaker bothering proto metal into the mix while “Going To Rock City” comes across as ZZ Top with a heavier dose of testosterone. Poobah bring the jam again with the Hendrix stylings of “Smoke” while “Passion For Freedom” lays down a bass and drum groove that would have Grand Funk Railroad creaming their flares and a vocal line that barely stays on the right side of a visit from the men in white coats.

This reissue is very much a labour of love from all involved. Ripple Music show their passion for quality with the general layout and commitment to unearthing a wealth of quality bonus tunes. Tony Reed has given the whole thing a beautiful warmth that brings it into the modern age without sacrificing the purity of it’s vintage origins and Poobah themselves obviously relish the opportunity to give their first born new life. If, like me, you’re keen to unearth the origins of this thing we all love called metal then by all means keep dusting off your Sabbath, Zeppelin and Purple albums but please find a little space in your collections for Poobah. 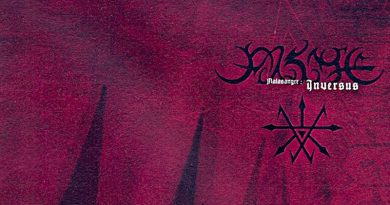