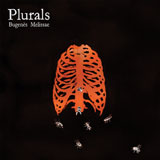 Long form droney ambient occupies a pretty similar space to things like raw black metal, modern art, brutal death metal, all that kind of stuff. There’s undeniably good stuff and bad stuff, and those familiar with the genre can generally tell them apart, but to those unversed in it, it’s one hell of an argument, as anyone who’s tried talking art with a Daily Mail reader will understand. Far as I can tell I’m happy to put Plurals in the good part of the drone/ambient genre.

It’s like painting a really big picture – it has to engage, it has to be something you can lose yourself in, and it has to reward the keen eye with more detail when you look closer. I’d be of the opinion that ‘Behaved Like Mercury’ is perhaps a bit scattergun; the contrasts between the pastoral, peaceful tones and the more human, colder sections don’t seem to achieve that much, beyond ruining the flow and splashing some cold grey on an otherwise interesting soundscape. That said, it’s quite nice in how the track develops beyond the first few minutes of slight confusion, gently swelling up while the guitar slowly increases in intensity; it’s rather tranquil and Natural Snow Buildings-ish and there’s nothing wrong with that. The washed out guitars in the background are a gorgeously evocative touch too.

Overall, I feel the second track is the real piece dé resistance in the release; ‘Kamu’ dropping out the slow burning bliss for something a lot more ambiguous, textured, and interesting. The insistent guitar pedalling through the whole piece was a great idea – at points it’s beautiful, others ugly and queasy; adding dissonance or forming a neat little harmony when required. There’s a few points where the delayed samples do get a bit over the top and pulling back – you can never have enough restrain with drone really – would be a good idea, but overall it’s a fascinating listen. The super patient build and the increasing space of the track is pretty powerful. I don’t have a cheesy metaphor (like drowning in space, maaaaan, like falling into the sun) but it’s definitely really cool.

Yes, all in all it’s a delightful bit of very very droney music. Recommended if you like twenty minute long beat less soundscapes for sure. 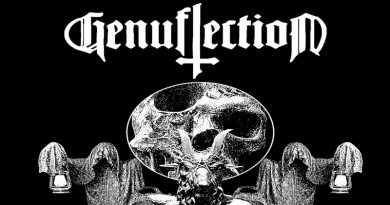