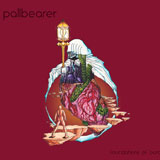 Pallbearer’s Sorrow and Extinction emerged as the sleeper (metal) album of 2012, eventually finding itself at the top of many end of year best lists and burned into the minds of listeners new to the scene; unfortunately, the signature strengths that define the core of the band’s sound – layered, complex melodies, subtle atonal harmonizing, and consistently evocative vocals – were all but buried by murky production, the ‘Achilles heel’ that plagues most younger bands hindered by a lack of money and means. Despite these setbacks, exceptional talent and stellar songwriting prevailed as the success and universal critical acclaim of their debut so clearly shows; but the sword is double-edged for this kind of (early) career breakthrough, as the pitfalls for subsequent releases grow larger and multiply–that almost inevitable fear of (not) meeting expectations can cripple even the strongest acts. So how does a band follow what has been hailed as a near masterpiece? The answer’s simple: they create a definitive masterpiece in Foundations Of Burden, a 55-minute opus that obliterates the competition and sets the standard in progressive doom for 2014.

Those lucky enough to catch the single, The Ghost I Used to Be (also streamed below), got a nice glimpse of the band’s evolution since their debut; yes, the trademarks remain – carefully constructed musical passages, distilled and refined so that every note, riff, and fill is essential; the peaks, valleys, ebb and flood that define the build to climax – all present to compel. But the group especially emphasizes harmony (in all its various forms) on this outing, and these nuances in melody and atonality, could have easily been lost to the lazy ear without (producer) Billy Anderson’s chops to glean a perfected sound. This song in particular shows a more accessible side of the band with its mid-tempo driving hook and beautifully melodic lead opening passages; Brett Campbell’s (lead vocals, guitars) powerful delivery adds yet another layer to a richly textured arrangement. Despite the overall complexity of their approach to songwriting (average track length clocks in at 10+ minutes), Pallbearer often thrives on the deceptively simple groove – unassuming riffs that flaunt a subtle (harmonious) interplay between dual guitars and bass; classic bands like The Obsessed blazed the trail with a similar appreciation for calculated understatement. But where Pallbearer excels is in the integration of this technique as part of a more intricate total picture – songs never meander, passages seamlessly transition without convolution – and this ‘fluidity’ is not accidental; artistic discipline is the rule, and Pallbearer lives by it.

This same ‘fluidity’ allows an album of this density to be easily digested; with its slew of emotional hooks, it’s hard not to be drawn in for repeat spins. And while no outright dooming riff-a-thons are present (see 2012’s Devoid Of Redemption for those details), the band still retains a doom metal sensibility sure to please those craving downtuned brutality. The injection of more gothic-tinged melodicism on tracks like the awesome Worlds Apart suggests an evolving kinship with bands like Paradise Lost and My Dying Bride. A flanged lead pulls the opening riff through (appropriately) dramatic melancholia, but there’s always an enduring hope behind the notes that’s unmistakable. The ability to channel the bittersweet is a real gift – Gregor Mackintosh (guitars, Paradise Lost) has perfected it, (Brendan) Campbell and Devon Holt (guitars) are well on their way; listen to any of the plethora of solos for proof or the sultry riff and groove that evolves from the mid-track electric acoustic interlude – their dual axe assault can caress and kill in the same lick. The fact that Foundations Of Burden rivals some of Paradise Lost’s best material (1993’s Icon is a nice example) is a feat in itself; indeed, Pallbearer’s sound is evolving exponentially, attributable at least in part to a maturity beyond their respective years of experience.

The expansive dirge in the opening minutes of Watchers In The Dark demands the kind of patience and restraint maturity (in songwriting) can only bring; the arrangements recall My Dying Bride’s excellent Black Voyage (from 1995’s The Angel And The Dark River) before breaking into a more familiar sinister groove. The band once again shifts from gut wrenching, head banging doom to shoegazing melodicism as though the styles were born from the same source. Newcomer Mike Lierly (drums) commands the rhythm section and his progressive flourishes pair nicely with the track’s twists and turns; just check out the double bass accent on the main driving riff during the first shredding solo of the song – fucking cool, no doubt, and it’s that kind of ear for detail that separates Pallbearer from the endless hordes of doom riffing automatons.

Some listeners who prefer the lo-fi bludgeoning grooves of the debut may begrudge the band for its new found polish and accessibility; like it or not, Pallbearer pushes boundaries with an ambitious and innovative approach to song craft. Foundations and Ashes are the definitive examples, the former with its textured dissonance and jagged percussive breaks – parallels exist with some of Luc Lemay’s (lead/rhythm guitars, Gorguts) late 90s work; Ashes shows a dramatic departure from the traditional ‘metallic’ formula with its gentle analog synth picking and slick, reverbed vocal lines; the song borders on near lullabying balladry, but succeeds as an unexpected albeit refreshing intermission before the melancholic dirge of album closer Vanished.

An impressive sophomore outing and essential listening from arguably the best in the genre, period. Like its predecessor, Foundations Of Burden should find itself in contention for (doom/metal) album of the year – at least this time we can say we saw it coming. 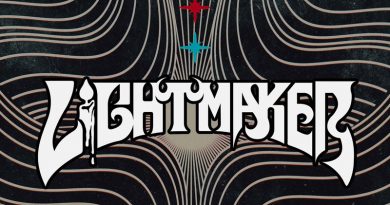