Beyond The Macabre is Paganizer’s twelfth studio album and another instalment of ferocious swe-death metal, which also features Bolt Thrower/Memoriam’s Karl Willets on the final track Unpeaceful End.

Frontman Rogga Johansson’s songwriting is, for the twelfth time, undeniable. In a world where the lengthy intro seems to be making a come-back, this album jumps right in with Down The Path Of Decay. It’s only just over three minutes long, there is no padding. But why would you need padding when you have savage riffs?

For a band accused of being a bit too melodic at times, it does seem like the angular, diminished scale riff and lead writing has been turned right up. Arguably, everything else has too. Blast beats feature heavily across this album, these do give way to more double kick over time, but it’s relentless stuff. Even Unpeaceful End, the slowest track on Beyond The Macabre, that shows drummer Matthias Fiebig at his most artfully restrained, with the kick and splashy tom hits, is brutal.

Overall, Paganizer know how to pick up and drop a groove. Literally. They will not hold onto a riff for very long, following the principle of ‘quit while you are ahead’. It leaves you wanting more; Meatpacker is a magnificent pit-filler with break-down riffs some bands would write an entire album off the back of.

But there are still melodic elements on Beyond The Macabre and arguably these are some of the most notable moments on the album. These are pained passages, rather than soaring melodies. Paganizer have been criticised for staying too loyal to the classic Swedish death metal approach, but even working within that sound there are some clear breakout moments, thanks to Kjetil Lynghaug’s expert lead lines (as you would expect) that have masses of feel and atmosphere. Check out Sleepwalker.

You couldn’t get away without talking about the standout track (also released as a single) that everyone has been enjoying; the triumphantly savage You Are What You Devour. While each track on this album has its merits, this has the driving energy that is at the heart of Paganizer. It’s an anthemic powerhouse. And the songwriting must be highlighted again because the band jump from radically different, intense sections with ease. It’s a joy to listen to technically, as well as a straight up song.

Johansson’s vocals also deserve attention. The tenant of growling when the riff changes is almost as old as death metal, but man does it work and there is no finer case than on this album. His versatility is impressive too, moving from brutal growls to demented shrieks, always just at the right time.

It’s pure death metal. I loved it. I hope you will too. 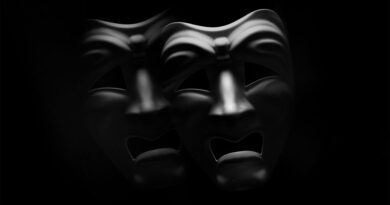