Ormskirk is a small market town in the north-west of England, famous for birthing former Prime Minister of Great Britain Harold Wilson and, well… that’s about it! Ormskirk is also the name of… hang on wait a minute, it’s Ormskrik! Not Ormskirk… well that’s me embarrassed, sorry Shaman! Anyway enough of the shenanigans. Today I have the debut album from Norwegian blackened thrashers Ormskrik. The record is self-titled and was released last week via the record label Fysisk Format which was created by members of Årabrot, Aristillus, Snöras and none other than Okkultokrati (who I had the pleasure of reviewing earlier this month for their killer record La Ilden Lyse). So when I saw this record was being released via by them, it got me pretty excited.

Right from the very first scream on opening track Occultness I was hooked. Peter Tägtgren himself would be proud of that howl. Funnily enough, my first thoughts on listening to this record were the similarities in sound to Scandinavian compatriots Hypocrisy. It particularly made me think off their Virus record, mainly in the tempo, the vocal pitch and the way the songs are written.  It’s quick, it’s aggressive but it’s also controlled. It’s not quite as erratic as some of the other groups within the blackened thrash sphere, say Aura Noir, for example.  Don’t get me wrong the group take heavy influence from that scene, which you can hear in the overall atmosphere of the record, but also in the instrumentation like the tremolo picked riffs and blast beats across the record.

However, the record is surprisingly melodic. The vocals range from the high pitched screams mentioned earlier to the more shouted vocals we’d usually associate with the mainstream melodic death metal genre, similar to a Sylosis or Revocation… before you get your knickers in a twist, I’m not saying that’s what this group are, more just how the record comes across.  Luckily, the production doesn’t fall fowl of the mainstream, in that it doesn’t sound super clean and over compressed, which can ruin a perfectly good record for me.  If anything there’s a lot of death metal on display, notably in the guitar tone and drum performance.  The production is as it should be for a record like this. Everything sounds clear and easy to make out but has that rough edge with a heavy emphasis on the riffs, as we associate with the respective genre.

Destroyer Of Worlds adds some different tones with a nice acoustic break in the middle coupled with an ominous tone before clean guitars build up an almost Seasons In The Abyss vibe… which of course I love (Yeah I like Slayer…fight me). Ormskrik don’t dilly dally with this melodic interlude and after this well put together section, they eviscerate it with some killer riffs and a masterful dual solo that hits all the right spots. Track’s like March Of The Dead show Ormskrik at their best. The intro to the track is excellent, real heavy. It has a resemblance to Sweden’s death metal maniacs Grave, and is straight up killer.

one of the things Ormskrik do well is riffs and the opening one on The Morbid Arrives is crushing, I thought that my speakers were going to fall of their stands…

Ormskrik have actually been together for five years and been honing their sound in an abandoned yarn factory, which I think we can all agree is metal as fuck. The press release for the record stated the group would be ‘fusing bay area thrash, Norwegian black metal and Swedish death metal’ and I think they nailed that description. It’s best heard on track Descend To Madness which has these killer thrash sections reminiscent of Toxic Holocaust, or the furious thrash leaning era of Integrity’s discography. Coupled with black metal sections that wouldn’t be far removed from a Craft record like Terror Propaganda, it’s the stand out track.

Hellheim is another highlight and is an all out assault, especially the drums which are just annihilating. So better get your ears tested Grandma because you’ve got to play this one loud. It’s all killer! As discussed earlier one of the things Ormskrik do well is riffs and the opening one on The Morbid Arrives is crushing, I thought that my speakers were going to fall of their stands.

One of the best things about reviewing music is finding new bands, and I feel like I’ve discovered something in Ormskrik that I’ll continue to enjoy for some time. Is it the perfect debut record… no… is it good? Shit yeah it is. It’s got some real highlights. As outlined earlier March Of The Dead is a killer track, it’s where you can really hear who the band are.

Unfortunately this doesn’t come across throughout the whole album but it’s still a solid effort.  I can see a lot of thrash, black, death and every day metal heads enjoying this album. It’s got that ‘accessible’ sound which isn’t a bad thing as it’s palatable and fun to listen to. I could imagine this getting stuck on at a party and going down an absolute storm, so hats off lads on that side of things, you smashed it! Skol! 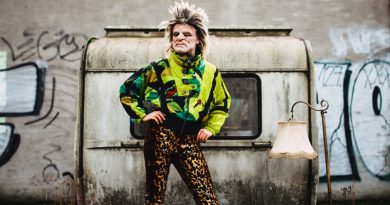 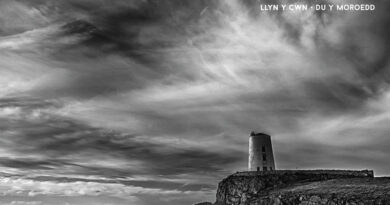