Ocean Gates is a quintet from the north-west of Spain, and this is their self-titled debut album. It’s a new meeting of musical minds, but its members have been around the block a few times, having cut their teeth in prog, indie rock, doom-rock, crusty grindcore, death-doom, and probably several that I missed. It may be that Ocean Gates is the exact centre point of all those styles, but they’re also following what’s become a pretty well-worn path – musicians from aggressive genres easing back the throttle to discover an earthy 70s rock sound. Ocean Gates do it with an abundance of warmth and poise, tending towards the driving and rollicking side of things. They can also count a nice set of sultry female pipes from vocalist Nuria among their assets.

After a brief acoustic intro, the band hits top gear almost immediately. The Equinox Warriors is a rip-roaring chunk of 70s metal. The pace is urgent but there’s plenty of space for soaring vocals and subtle harmonies. My initial impression is of Coven’s ‘Jinx’ Dawson fronting Saxon, with a nice big fat production. If that appeals to you, you could either keeping reading to see how many 70s rock and NWOBHM references I can fit in a review, or just stop right now and go make up your own mind. Either way, you won’t be disappointed.

Next up is Snake Circle, wherein you’ll hear a slower and fatter groove, maybe even slightly doomy, somewhere in the vicinity of Pagan Altar. After a couple of minutes of lurching and swaggering, there’s a change of gears to driving rock riffage, swirling wah leads, and the ever-present wailing, growling vocals. So just these first two tunes are a pretty potent statement of intent, and again, this might be an opportune moment to stop reading my nonsense and go listen for yourself.

If not, be advised that Night Shift brings a boogie that would make ZZ Top or Blackfoot proud to call their own, interwoven with more strident marching riffage. Try and resist tapping your feet – I dare you. Stormchild is a faithful and reverent cover of the tune by (previously unknown to me) NWOBHMetallers Trespass. On The Way Out is fat, slow(ish), and catchy as hell. The vocal melody is truly beautiful and a little melancholy, and it’s is my personal highlight on the album. Once again, I hear shades of Pagan Altar.

By now you’ve passed the halfway mark on this whistle-stop tour of the finest riffology of decades past, and there’s no sign of the band running out of momentum. Beyond The Veil begins with a delicate lilt that somehow wouldn’t be too out of place next to Fairport Convention, before switching to a muscular riff, tasty leads, and a climax involving handclap percussion. Love me some handclaps!

Royal Dockyard is a four-on-the-floor rocker that fans of The Runaways should dig, with chunky guitars and harmony vocals. The album is rounded out with the growling riffs and dark vocals of The Curse, and, as it ends, so too do my incessant 70s rock references. But I invite you to listen and think of your own better ones – I’d love to hear ‘em!

This is a strong, confident debut that covers a lot of ground without ever losing focus or energy. It also has, despite all my dodgy comparisons, its own character; the retro inspirations are obvious, but it absolutely deserves a place in the modern heavy rock landscape. 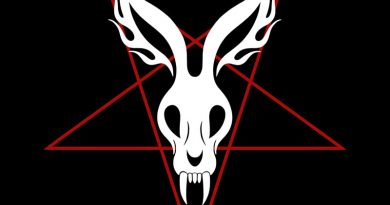 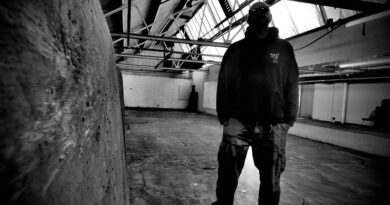