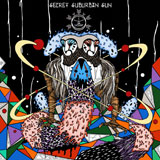 The word escapes me, but you know people who claim to see colour, detect smell etc. when music gets played? I’m not one of them, but I’m quite confident this album has me seeing tie dye everywhere. Owl Oxidant are not the most psychedelic band ever, but if someone asked you “What does psychedelic music sound like?” They’re probably the most accurate answer. With a few million wah pedals at hand and at least 20 synth patches cribbed straight off every Pink Floyd album, Owl Oxidant are more psychedelic than snorting quaaludes, than playing tambourine, than forming a cult and stabbing a pregnant woman to death.

The general theme here is long, slow unfolding jams with typically fairly gentle drums underpinning a cloud of psychedelic tropes. I’m not saying Secret Suburban Sun rips off  anyone in particular, but everything that belongs to psych is here, sitar excepted, perhaps. The first few songs are jammed full of wah, tremelo, some gentle phaser, flanger etc, with the guitars playing little but floaty clouds of gentle noodle over a bunch of similarly cloudy Floyd synths.

And it’s pretty effective – in moments, anyway. There is a tendency for the songs to sound a bit too drifting, a bit too aimless, but Juicy Claws And Purple Nails synth and noodle breakdown is really nice, My Name is William Blake wah noodles occasionally hit upon some truly lyrical lines that unashamedly tug at the heartstrings- I’ve used the words “gentle”, “noodle” and “cloud” a few trillion times thus far but yeah, the first few minutes are the gentlest, noodliest cloud you’ll ever come across, and it’s certainly a pleasure watching it drift by while you lie in the Woodstock mud (am I doing it right?).

It’s not a perfect album though, not at all. Two problems; first, the tendency for stuff to get a bit aimless, but for a jam album that’s totally fine. The second problem is a bigger one – the louder parts are consistently bad, consistently amateur and basically shouldn’t have been here. I appreciate the desire to give the songs a bit more grit, a bit more dynamic (writing long instrumentals that stay fairly quiet is freakin’ hard, but for a good example check out Palefeather, reviewed on this site), but the riffs are pretty terrible, the distorted guitar tone is awful – this weak, ball less tone that sounds like a MIDI distorted guitar, and the lumbering, rather forced drums just don’t fit – I’m not entirely sure if they’re programmed or not but regardless, they sound like, well want for a better word, shit. The piano and “heavy” arpeggiated guitar that closes it all out is pretty weak too; it sounds more like a c-grade gothic/black band than the high quality stoned-out psych that Owl Oxidant are so close to becoming…

Yeah, it’s not a bad album, with some sweet moments through most of the songs. Time will tell whether these guys can stretch out the cool moment to an entire album, though. My recommendation is to get this album nonetheless, especially if you have a hardon for LSD and ridiculously hairy bush. 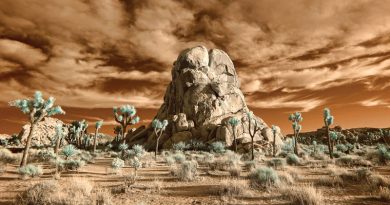