Our Man in the Bronze Age is a five-piece formed in Milton Keynes in 2007. The multi-instrumentalist band consists of Tom Platt – drums/vocals, Jonathan Muston – drums/keys/vocals, Graham Hulbert – guitars/vocals, Andi Jackson – bass/vocals, and Justin Hodges – guitars. Hexed Endeavours was released on October 8th through Fr33zehead Records and what drew me to review this was the comparison to Red Fang and Red Sparowes. As a big fan of both, I knew before I listened, I was in for a real treat.

Now, as excited as I was for this, I had trouble getting into the album. It just wasn’t clicking for me, and I almost said forget it, I can’t review it. Then I was driving early in the morning and thought let’s try again. I randomly picked Bill Odyssey and the soundtrack to my quiet drive was this beautiful piano, accompanied by a clean guitar that slowly breaks up to a nasty distortion by the end of the song. It was perfect and now I can’t get enough. So, I’ll start this review with where I started this album.

I immediately switched to the next track Hexed Endeavor. The swirly delayed guitar hit my ears just right. As the intro concludes, a groovy rhythm takes over and the dynamics of the song keep things interesting. A powerful chorus and groovy verse with a fading outro similar to the beginning. Granted we are on track nine now but I’m appreciating the music.

Let’s go back to the beginning before I get too far off track (pun not intended). The short Intro (Rise Of Bronze) is preceded by The Fall Of Athens which has that energy I was anticipating when Red Fang was mentioned. It quickly gets dialed back when the vocals enter that fit flawlessly over the arpeggiated guitars, making the intro like an almost teaser trailer.

The beginning of Midnight Lovers reminds me of a song that I can’t quite put my finger on (and it’s driving me crazy). The great drum beat fueling that epic fuzzed out riff and it’s, in my opinion, the best fuzz tone. This song grew on me and I find myself humming it later in the day. Cramphands has a pleasant, yet chaotic, intro that immediately dies down to a groovy bass riff laid down by Andi Jackson. The song weaves between the chaos and groove throughout, and that chaos is brought to an end with the soft delayed introduction of Black Widow, a soothing song that showcases some great harmonies on vocals.

The next song Ramblings is one of my favorites. I’m a big The Penitent Man fan and this song gives me strong vibes of them. Especially around 3:50, the vocals remind me a bit of Allan Davidson and the short solo definitely has a Phil Gallegos vibe. The piano is welcoming in the background and the use of dynamics is damn near perfect. Another reason I’m glad I stuck with this album.

slightly growling guitars fuse well with the rumbling bass, and the harmonic vocals are wonderfully laid over the top…

Brutus comes in next and well, it’s brutal. It’s fast paced drumming and distorted guitars remind me of the crazy guy hanging off the epic truck from Mad Max with his fiery guitar. The intensity builds to a massive yell that comes from the soul as if to let off the steam from all the built-up energy, leading us into the mind-blowing Bill Odyssey as discussed earlier.

Track ten has a great palm muted riff that sets the pace of the song. A subtle snare drum slowly builds in volume until the song kicks in. My personal favorite part of Coma Haircut is the muted guitar riff that stays a constant as the band fades around it, only to come back in stronger than before. The high energy ending abruptly stops leaving space for the drum and bass combo to kick off the next song.

The mellow Out Of The Beginning brings us one step closer to the conclusion. It’s a catchy song with a great drum beat. The slightly growling guitars fuse well with the rumbling bass, and the harmonic vocals are wonderfully laid over the top. The piano comes back on the penultimate song with its haunting tone. Two Square Meals has a spacey style and the soft sounds of the clean guitar, harmonic vocals and piano are in contrast to the pummeling drums and distorted guitars. It’s very well done and the long-drawn-out fuzz guitar into feedback sets up the finale.

I’m all about an epic conclusion. If you’ve read my reviews, you know it’s vital for a great album to end on a strong note. Our Man In The Bronze Age says ‘No, we’re going to do this different.’ She is the final song and it’s simply beautiful. Its elegant distant piano playing is welcoming and reminds me of Ludovico Einaudi playing piano on an iceberg. It’s very calming and not how I would have ended the album, but that’s why I’m writing reviews and not making albums because this was PERFECT. Wow.

Knowing this band would be similar to Red Fang and have two drummers like Melvins, I was expecting some heavy dual drum Red Fang energy. Although Our Man In The Bronze Age delivered on that to some extent, I would say the piano is what did it for me on Hexed Endeavours. The calmer, more beautiful songs, are something I will listen to over and over again and truly made me appreciate the album as a whole. I’m glad I listened to Bill Odyssey when I did, otherwise I would have missed out on a truly great piece of art. 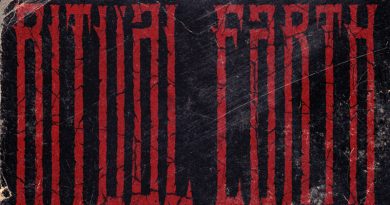