If, like me, you have never heard of Nero Kane before, then coming across his artistic vision can be a somewhat strange and charming affair. Finding inspiration from visions, literature, and paintings, on, as he calls it, a ‘spiritual pilgrimage’, Nero plunders into subject matters such as the works of Dante to fill his soul. It’s this scope that shapes his sonic discoveries, and it’s here, on the new album, Of Knowledge And Revelation, where those outpourings take on a life of their own.

Hailing from Italy, Nero Kane is presenting Of Knowledge And Revelation, which is the third instalment on his journey, and over the course of the eight tracks, a truly otherworldly experience it is indeed. Accompanied by long term collaborator Samantha Stella, both musically, and artistically, and with additional input from producer Matt Bordin, what the duo have created is wondrously weird.

Classified as psych dark folk, I would easily add gothic to the list, and to get a real feel for this body of work, we are going to have delve in, and see what it has to offer, so here goes…

Opening with an eight-minute overture, filled with mournful beauty, Lady Of Sorrow is as the title should conjure up within your mind, a dark tragedy. Atmospheric and somewhat dystopian, this ambient monologue is reminiscent of a mournful Mazzy Star, at their darkest. In its minimal simplicity, it is thoroughly enchanting. It’s hard to put into context something so bare musically. Without saying that it’s better experienced than to read about, and in that, what I mean is, if you truly want to get a feel for Nero Kane, then this track would be a magnificent starting point.

Burn The Faith, track two, only serves to compact this feeling of despair, with its beautiful monologue and hard sonic ambience, it is incredibly evocative. The Vale Of Rest and Lacrimi si Sfinti both hold a spiritual chant to them, with the latter being a particular highlight of the whole album for me. Incredibly hypnotic, once you are under their spell, there’s no turning back.

The Pale Kingdom has me drawing comparisons to the more low-key Madrugada sonnets. It hits hard and abrasive in mood, but at the same time, is so ambient and soundscape-y, that any sharp edges aren’t present. Its intensity is in its minimalism. In contrast to The River Of Light, which is instrumental and gothically understated. The End, The Beginning, The Eternal is right at the other end of the Nero Kane sonic palette. Slightly more energetic, without being upbeat (heaven forbid), this track is hypnotising, and emotion driven. For the whole album, this piece really captures a heightened sense of enthusiasm for the sequence of notes.

By the time album closer Sola Gratia rolls in on the dying breaths of a swan, what’s left is a sense of euphoria. Again, the feeling of becoming swept up in the chants is ever present, and as the final seconds drift off into nothingness, the urge to reflect on the experience, and categorise it is non-existent.

The thing with this body of work is that it’s so unique, it’s hard to write any one thing which will have the masses understanding what the experience will be. I’ve listened to it all multiple times, and with each listen I learn a little more and, at the same time, I’m more confused too.

Ultimately, this is a dark ambient folk experience, that won’t be for everyone. That being said, if you are willing to take the time, it will take you on a journey that will both open your eyes, and maybe awaken a little something inside you too. 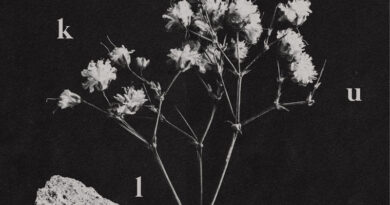 Review: Kulk ‘We Spare Nothing’