I’ve kept a close eye on Thessaloniki based psych rock band Naxatras since their debut LP dropped in 2015. An ebullient and cheerful slab of summer, it was an immediate joy and has remained in constant rotation since then. With a reputation for keeping it old school, employing fully analogue recordings direct to cutting their own vinyl, banging live shows, and a flair for snappy and immediate songwriting, they have become a vital band in the modern (while obviously harking back to the halcyon days) psych scene.

Their two London gigs so far were both outstanding nights, the first an early career show downstairs somewhere in Hackney (it was a long time ago and my memory is hazy…) and the second a sold out rager at The Black Heart in October 2018. We await their return to these shores with eagerness.

So, what to make of this new record? Firstly, and most obviously this is a departure of sorts for Naxatras. A three piece from inception, the addition of keyboardist Pantelis Kargas has added a new element to their sound and seems to have led to an even more laidback vibe with his glossy keys.

Opening up with bird (or beach?) chatter, in a similar way to Colour Haze’s use of background recordings from Duna Jam, gives an immediate insight into the warm embrace this record brings forth. Guitarist John Delias provides a gentle intro before the band, as a whole, kick into Reflection (Birth), and just under two minutes in we get a feel for the range provided by Pantelis’ keyboard. If anything, this has freed Delias from anchoring the songs as on previous releases and Reflection (Birth) is an untethered, wandering opener that sets the scene well for the record to come.

The lead single Omega Madness showcases Delias’ range of riffage, reminiscent of the metallic tone employed on debut record standout Sun Is Burning. Spaced out whispered vocals, sci-fi noise effects and virtuoso soloing snake through the track as rhythm section Kostas Charizanis (drums) and John Vagenas (bass) kick on. Journey To Nahramon employs a similar tactic of a frantic and rapid opening, washing out to a gloriously wigged out middle section.

The Answer is a glorious slab of cosy sixties ethereal rock, those warm keyboard sounds from Kargas matching up with reverby vocals, make for a great centrepiece to this record. A crooned refrain of ‘Though I know the answer, I don’t know the way’ matches the hippie introspection that has never been far from their lyrics.

Following on from Reflection (Birth) and presaging Reflection (Death:Rebirth) is another standout track – Horizon. As the song develops through its central section, the ongoing duel between the warmth of the synth and keys and Delias’ sometimes chugging riffage hits the highpoint of IV. Cymbals crash and the riffage gives way to more virtuoso shredding as the licks keep coming. A triumph.

The longest track The Battle Of Crystal Fields rolls on the back of a tapped-out pulse, with Kostas setting the pace for a glorious central riff that resounds throughout. By the midpoint, Delias has seemingly drifted off into his own dazzling world as the rest of the band lock in a tight grooving pace. This is Naxatras in full flow, the band doing what they’ve done brilliantly for years, a hefty and tight rhythm section allowing for freedom elsewhere. Tripped out vocals in the vein of the early British psych scene (with lyrics to match) herald a slow march across lysergic pastures.

As the album closes with a reprise of Reflection and a gently strummed intro to Shape Of The Evening, we are left with the overwhelming feeling that one of the best bands in the genre are continuing to mature, the addition of keys and synth giving Naxatras a range that they previously could not possess. The work of guitar maestro Delias, in particular, is due huge credit, his ability to switch from a hard-hitting riff to carefree soloing has always been remarkable, but on this record, he, and the whole band, have hit new ground. Μπράβο παιδιά! 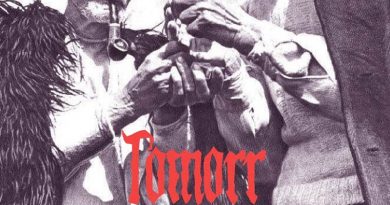 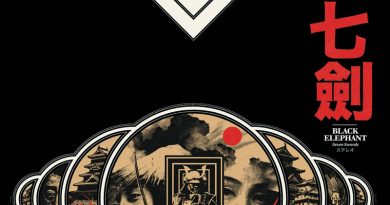