With the multitude of labels and bands sprouting up around the world, it’s easy to forget that slow was once very uncool. In the Nineties as in the Eighties, fast was the done thing in the underground as in the mainstream. There were no labels dedicated to the release and distribution of slow music (apart from Germany’s Hellhound records…), and so it was that many pivotal figures of the heavy music that we love so much today found temporary housing with punk/grind labels. Vitus were signed to SST (although Ginn never really signed any band that stuck to conventions or formula), and Burning Witch’s first 12” was put out by powerviolence supremos Slap-A-Ham. What may initially seem as an odd pairing in actual fact made a lot of sense where the misanthropy and politics were involved. After all, ultra-fast or ultra-slow, the music was made by disenfranchised individuals on the fringes of society and scene, steadfastly doing whatever the fuck they pleased in the face of indifference and ridicule. And so, Corrupted released a slew of splits with grind bands (my first exposure to the likes of Cripple Bastards!) and Eyehategod shared wax with Anal Cunt (OK, perhaps a slightly more obvious pairing!).

Therefore, this 5” comes as a welcome throwback to the days when fast and slow spat in the face of society together – in fact, when I first mentioned this release to Lee Shaman for inclusion on this site, he expressed surprise that Suppression were still about!  As it turns out, they still are (as a duo?), but this split was originally meant to have been released in 1998, and the material dates from around that time. Noothgrush have recently reformed and are playing sporadic dates on both sides of the Atlantic, and the Fuck Yoga /Southern Lord reissues have done much to jog our collective memories into remembering  just how good they were. I’m of the opinion that bone-headed negativity will only get you so far, and Noothgrush’s keen social conscience always rendered them a cut above, and the savage two minutes of “Flee From Hunger And Disease” re-affirm their unmatched power, in lyrics as with the riffs. A brooding lament on mankind’s tendency to violent Xenophobia, I wish I could declare this a dated relic, but sadly the theme is all too relevant, if anything more pertinent in an age where ultra-Conservatism is gaining momentum and threatening  immigrant populations as a solution to economic woes. Musically, the song is vintage Noothgrush, starting out with a mid-paced riff that sounds like a slowed-down form of the hardcore that influenced them, before taking the pace down again to the tortured and unrelenting plod of DOOM METAL.

Suppression manage to fit two songs into just over a minute (!) the first being a skree of noise reminiscent of Masonna at his most unlistenable (and brilliant), before launching into a mere 40 seconds of furious grind that is a beautiful chaos of drums, chainsaw guitars and massive rolling basslines. Unpleasant listening of the best kind. Methinks I shall have to get me the Suppression discography CD that Blow The Reactors (the other label involved in this split) has in stock; I was only aware of this band through their having done a split with sludge titans Grief (there’s that fast/slow juxtaposition again!), so this is a welcome introduction. There’s not really much else to say about this release! If you’re reading this, you probably know the score, it’s Noothgrush and is therefore an essential purchase, the artwork , presentation (if you’re into such nonsense you can get an edition that comes with a nifty puzzle) and music are all absolutely perfect and guaranteed to stick in your brain longer than most punk/sludge being churned out of late. Top marks all round. 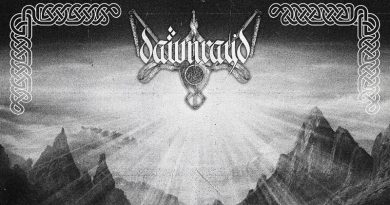