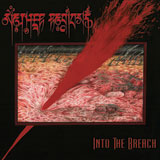 It plummeted out of the sky, a screech like grinding metal with a thousand teeth to write their name into your soft flesh. The flying beast falls faster towards you as the earth slows your scramble through dense undergrowth, the very ground is shaking as the heavy artillery of Nether Regions is rolling closer. ‘Into The Breach’ comes out of the stocks snarling and spitting with rage, sounding very much like early High on Fire, when they sounded like Motorhead dressed in Bolt Thrower’s armour plating, all thunder and canon fire.

It is with colossal drumming and strangled chords that Nether Regions kick off the album, a statement of intent, a display of force that will gradually mellow as we follow the path through ‘Into The Breach’. “Blood Ritual’ brings to mind a ‘Jupiter’ era Cave-In vibe in some places and this nod is noticed further into the record as we progress into third track ‘Do You Live?’ and ‘Pale Faced God’. The band have obviously honed this sound for some time and the quality of the playing is pretty faultless.

From rock dive-bomb riffing through to expansive moments of clarity as the music ebbs in and out of the dense thicket of noise as apparent in the quasi balladry of ‘Your Name is Madness’. The band will most likely appeal to a good percentage of practitioners of the gloom out there and the mix will pulverise in all the right ways, the production is thick with the toms sounding particularly powerful.

It’s heavy, very well produced and displaying song writing skill in depth, so it is of some considerable amazement that they chose a moniker that is slang for your ‘gorilla giblets’ and album art that looks, for all intentions, to be a vast hideous pubic landscape spurting blood. I find the aesthetics undermine the music and hinder what is otherwise a very capable and exciting proposition.

If you enjoy the rolling thunder of High on Fire, mid era Cave-In or general primal metal, ‘Into The Breach’ has plenty of meat on these bones to pick through. For all the typewriter bullshit, I could have cut through it all and just written….rad!You’d get the idea. 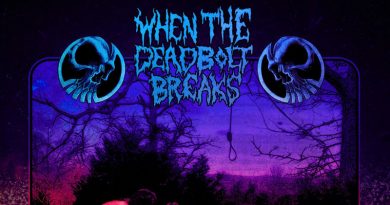 Review: When The Deadbolt Breaks ‘Until It All Collides: The Nightmare Versions’ 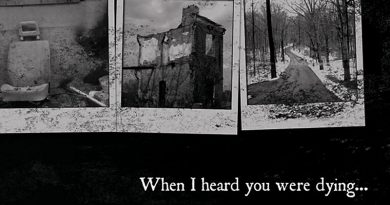