It’s been just over a year since dark alternative band Melt unleashed their second album, The Secret Teaching Of Sorrow On to the world, and what a strange year it’s been. Where that was released at a time where the dark intense themes seemed to fit somewhat as a perfect soundtrack to a world on the edge of the abyss, they’re now back, with a follow up EP All The Joy, All The Pain, and this too, seems to fit a world is chaos. If there’s one thing that’s changed in the last twelve months, it’s us, the human race, as a collective. We’re now at a point where we’re all, quite rightly, weary of the bloody coronavirus pandemic. It doesn’t matter which side you fall on, the actual reality is that we’re all tired.

So, it shouldn’t really come as any surprise that the musical landscape has also changed, to accommodate the feelings of every single one of us.

All The Joy, All The Pain sees Melt evolving again, not only themselves, but their music too. Where The Secret Teaching Of Sorrow On really homed in on the darkness, angst, and feeling of anger and uncertainty, this new EP feels like a progression beyond those feelings, and in to something far more somber and fatigued.

Through my time with The Sleeping Shaman, I’ve now had the opportunity twice to listen, observe, and emote, through my journey with Melt, and they’re equally as compelling now, as they were a year ago. The Secret Teaching Of Sorrow On came in at number five on my top ten albums of twenty twenty, and at the time of its release, I was listening to a lot of stoner and doom rock, so Melt were a complete shock to the system, and the album really resonated with me personally.

Since then, I’ve been following just where Melt have been going, so when the EP came up, I was really keen to take the time to immerse myself once again in their world. I know myself, just as all of you reading this probably do, that a follow up to any great album is met with some trepidation, because, in most cases, the new material can tend to be either a little weaker, or very similar to what’s gone before. There are a lot of incredibly famous bands out there, who have literally replicated their one great sound over and over, for decades, and they’re still popular today. There are also bands who tried to diversify too far, and fall flat, and then tried to recapture former glories, or stepped back and never made a good album again.

Thankfully, and maybe this is in part due to the obscurity of the band, or that they’re relatively still in their infancy, but Melt have come back again, and brought with them something that is an actual evolution, without sacrificing any of the core that makes them who they are.

With each new listen, I appreciate this more and more, as music, and as a piece of art…

All The Joy, All The Pain, shows the maturity in songwriting and creative scope that is necessary to drive them forward, and over the course of these five tracks, they allow us to see another side to the band, road weary, yet determined, and willing to break the mold, strip things back, and push on, never fearful of just where the journey will take them. The only criticism I have is that it isn’t long enough for me, but it isn’t an album, it’s an EP, so actually all its done is leave me thirsty for more….

Right from opening track, All The Joy, All The Pain, it’s clear that Melt have evolved. It enters with a somewhat obscure, stripped back, jazz funk swagger, and as hard as I try, I don’t recall this being a staple of the previous album’s dynamic. As things progress though, it slowly gets more foreboding, and by its close, it’s darker, and more menacing.

This lays the path for the rest of the EP, but through it all, my two stand out moments are the tracks Apikan, and, Heart. Both of which have me digging out The Secret Teaching Of Sorrow On, as these two tracks really capture the essence of Melt completely, and have me pining for that sound again.

Apikan has everything that drew me to the band in the first place. An indie feel, both soulful and mournful, but without being unlistenable. There’s a real hypnotic sway about this track, and with the pulsing passages, I can feel the blood rushing in anticipation. Heart, again, is Melt, but with added sorrow, if that is at all possible. Through the track, it ebbs and flows, and the real beauty is in the way it builds and builds, until there is an overpowering outpouring. As it drops away, it falls into that signature Melt style, somber, yet darkly romantic.

The remainder of the EP is more ambient in its nature and is definitely less urgent than their previous release, and that’s the thing with Melt, whatever you’re expecting, or hoping for, it’s never what you get. Melt manage to completely run the show on their own terms, and its utterly compelling. With each new listen, I appreciate this more and more, as music, and as a piece of art, and as a follow up to an incredible previous album, this new EP really puts another layer on the Melt dynamic completely. 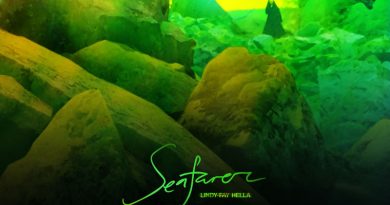