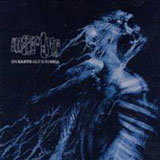 This is the second album from these US Hardcore stalwarts. Apparently the first album ‘The Human Condition in Twelve Fractions’ caused shockwaves worldwide but is oddly unavailable anywhere (believe me I have looked!) but luckily due for a re-release by Victory. But here, to wet your appetite is one of the most moving CDs I have heard in a long time, when I say moving, I mean it picks you out of your seat and shakes you so hard you almost end up with brain damage!

A nice instrumental leads us straight into a full on hardcore metallic hardcore assault. Lots of brutal riffage, chunky breakdowns, dirge like harmonics, insane barking vocals (with absolutely no “gay” vocals whatsoever!) all thrown into a big melting pot. One could argue that they are a tad “samey” but believe me, I wouldn’t want them to change. There are 11 tracks in all and it would be tough to point a stand out as they all crush me, however, if forced at gunpoint I would have to say ‘American Hollow’ (but I could just be saying this as it was the first song I heard on a Metal Hammer Cover DVD nonetheless and it was instantly memorable) but it really would be a stickler to find a favourite.

Think European post hardcore outfits (ala Carol, Acme etc)…turn the tempo up a few notches and you are just about there……and some!

Too bad they have just split up.