Madmess’ debut long-player is the perfectly named Rebirth that lays its roots down in psychedelic stoner rock, but then develops its own renewed existence to the genre’s preconceptions. As it’s their first album, it’s inevitable that there would be some improvement opportunities to discuss, or something to work on for future releases so let’s start there. Absolutely nothing! Nada! Zip!

This is a five track, roughly eight minutes per song, flawless album that has everything from mature songwriting, flying solos, reverb-drenched quiet sections, and balls to the wall stoner rock jams, usually contained in every single one of the five tracks. The album notes talk of the band cutting their teeth in the London bars and using downtime to perfect the complex song compositions and it’s paid off in spades. One of the kings of the genre from the last decade is Elder and these guys would comfortably share a stoner couch with them.

Track number one, Albatross, begins with over three minutes of dreamy krautrock as the guitars echo and ring out with mostly clean tones. Madmess are masters at driving the energy of the song through different stories in place of lyrics as the next distorted section glides between stoner rock and the earlier krautrock. At the halfway mark the band shows off a killer looping rhythm section that will definitely have you nodding your head to it. The song reaches fever pitch when guitarist Ricardo Sampaio lets fly across the fretboard as the rhythm section of bassist Vasco Vasconcelos and drummer Luis Moura lock horns with the bass led groove.

The band sounds much bigger than a three piece at the start of Mind Collapse. Vasco’s tone definition on the bass enables Ricardo to leave any rhythm duties behind, while Luis sounds like he is just having fun behind the kit. The band comes together for a fuzzed-out riff at about the halfway mark that also features the first all too brief vocal melodies of the album.

The instrumental title track Rebirth wears its enigmatic good times proudly, that also appears to be reflected in the cover art for the album. After the ascension, the song lets its hair down with an upbeat jam followed by an epic finish. Shape Shifter returns cleaner tones to the soundscape that are slowly built into a racing space bound rock jam as the band controls the differing flows and energy. Album closer Stargaze starts off instantly hinting that it has plenty to offer in its arsenal. Vocals make a welcomed, but short, return as it continues to build into a perfectly frantic outro that slowly fades out.

Progressive music usually takes a few spins to fully appreciate, however, Madmess’ Rebirth is littered with great stoner rock riffs that will drag you in on first listen. When festivals come back, mark their name on the timetable as a must see. 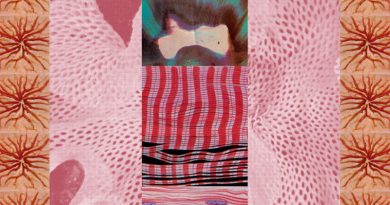 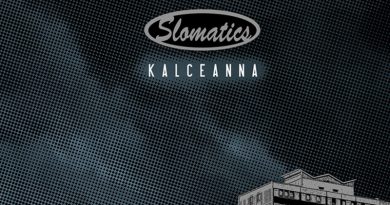