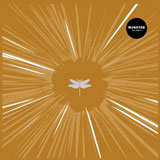 The mighty Mugstar, who have been frying neurons for quite a while now, have a genuine claim to be the most noteworthy and highest quality psychedelic outfit in Europe today, if not the world. Yes potheads, the big green world. That’s some claim isn’t it? And I’m making it on their behalf, because I’ve been quietly following their development for some years now. Mugstar can just relax and sit back, basking in the fruits of their lysergic labour, whilst I opine their incredible talents in the hope they will become presidents of a new free republic inside our little heads.

Granted, the Liverpool foursome present a more krautrocking and repetitious take on psychedelia, and I know that the very term itself (psychedelia that is) is a mere umbrella one that includes a wide variety of mind-expanding artistes, but for real brain-babbling value for money Mugstar hit the big golden nail on the head, every single time. They understand the rich heritage of mind-expanding music, they absorb its illustrious litany like acolytes of acid and then they go and record the most superb albums of music that could be termed psychedelic. So sit up, and applaud Mugstar for continuing to plough a furrow that was initially sliced open by the machinations of Hawkwind, Can and Neu!

This album was originally released on CD in 2010, and therefore this write-up is of a re-release on vinyl (by Cardinal Fuzz), which allows us to examine this extraordinary opus again. The first track, ‘Technical Knowledge As A Weapon’, starts with a great bending synth note that sounds like feeling sick on a fairground ride, then in a flourish of noise the Mugstar machine cranks up. ‘The Mugstar Machine’ is the sum sound of all four members on their respective instruments getting into gear and riding down the cerebral highway like hunched lizard scientists from an alternative earth piloting/manipulating the collective primal consciousness of a super-sensitive and visionary 10% of the human race.

The rhythm section of Jason Stoll and Steve Ashton is absolutely and utterly brilliant – huge humming bass riffs from Stoll underpinned by thunderous drumming that also employs the deft touch of an experienced jazz percussionist too. Like Lemmy jamming with Elvin Jones. The imperious organ breaks, blasted out by multi-instrumentalist Pete Smyth, provide a further layer of great serotonin-drenched joy. Sterling stuff this is mother, replay track one and butter a scone, we’re in this for the duration. ‘Ouroboros’ is similar in its giddy ferocity, but even more so, a huge swathe of Wurlitzer madness that freaks out towards the climax in a welter of tortured guitar screams. ‘Labrador Hatchet’ offers a brief respite of warm bliss – little trundle wheel noises and scratchy effects that immediately bring to mind tiny hairless lavender-tinted mice working methodically inside a machine that powers a sphere disguised as a small planet that is actually a research station on the outskirts of this solar system. That’s what this track makes me think of.

‘Today Is The Wrong Shape’ was released as a single and it’s obvious why. Throbbing, pulsing and exactly measured mathematical skips between notes and Ashton’s relentless motorik beat push this distinctly English take on Germanic anti-rock of the seventies into orbit around your fat befuddled head until you fall on the carpet and pretend you’re a crab person. Pete Smyth is shouting something in the background and I think it might be the title, which adds a peculiar DIY punkiness to this skewed chunk of controlled psychedelic velocity. ‘She Ran Away With My Medicine’ offers a Floydian three minutes of eerie shimmering hint of mental breakdown with subtle depression of organ keys and what sounds like backwards noise and what also sounds like a titanic heartbeat in the background, like the blood thundering in your ears when you try and do a cartwheel or hang upside down in a children’s playground.

The closing track, ‘Furklausundbo’ is a fourteen minute glide over a watery world looking down from your balloon, maybe ninety years in the future, alone in the air, witnessing the half-submerged continents and new amphibian and insect forms that populate the new hotter earth. That’s how it struck me anyway. Again, Mugstar gel together and do what they do best, pumping like a psychedelic piston that connects your brain to a gateway where any possibility lies. And again, special mention for the undulating and sinuous wonder of Ashton and Stoll’s living breathing rhythm section, a magic entity that provides the wheeled base or train-truck bogie upon which Smyth and guitarist Neil Murphy can overlay effects deluxe.

There you have it, thirty seven minutes of pure cerebral and physical joy, and brought to your eras from simply the best psychedelic outfit that have emerged from these wind-swept isles since the iconic groups of the hazy seventies. Mugstar are indeed iconic in their own right; resurrectors and continued flag-bearers of a psychedelic kite-mark that denotes pure internal happiness. To celebrate I’m going to rent a holiday cottage near Betws-y-Coed and play their albums all weekend. 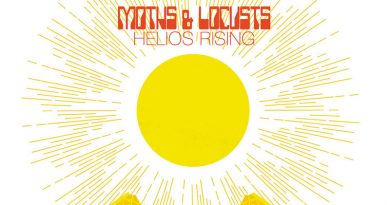 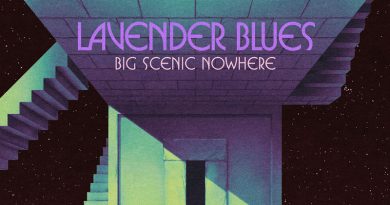