Morpholith have apparently been around a few years now, although I’m not sure how much noise they’ve made outside their Icelandic base. Straight out of Reykjavik and boasting a sound that fits open and desolate spaces this is their second recording, following 2018’s Void Emissions. Sludgelord Records are putting this out on cassette, but I must say I’d want that cover art in a bigger format! I know the artist Ryan T Hancock had some prints available for sale direct, so maybe that’s your solution, or alternatively Ozium Records will have CD and vinyl.  The scene works beautifully for the music, tiny figures dwarfed by a vast northern sky, huge rune-carved stone coalescing from the aurora.

Null Dimensions is a less direct album than their debut, drawing slowly into focus, patiently building atmosphere with the kind of cymbal shimmer and suspended notes that are a signifier of doom intending to take its time.  Morpholith handle this deftly, Orb manages to keep a surprising amount of movement for a song that is effectively standing still for ten minutes or so. This is doom rooted in metal, more than stoned fuzz, with a sheen to the sound, and a gothic feeling carried by vocals to match the epic intent.

Beyond the deftness there is a more direct attack, there are teeth to the heavier tones and more harsh vocals.  Behind this is the ever-present cosmic noise, receiving some space signals for added-value beyond big amps and riffs, and while perhaps a bit obvious, it does enhance the atmosphere and leaven the trudge.

This is doom rooted in metal, more than stoned fuzz, with a sheen to the sound, and a gothic feeling carried by vocals to match the epic intent…

The balance between soaring epic vocals and more dense roars adds to this space-making strategy, which we also hear in their choice to give each song some breathing room at the end.  I’m a fan of a big crash out, but Morpholith develop a sense of extent that a sudden stop would shut down. This also gives them room to explore some ‘post-‘ sounds towards the end of the record, brooding over a descending melody with active percussion pushing on to the last anguished screams.

This is a strong second offering from a band that show versatility and a growing sense that they’re developing a sound and the means to realise their vision. That Null Dimensions is only two songs suggests that maybe it’s taken a lot of work to make this progress, or maybe they’re just busy with other things. Hopefully having found this space they can take us on further journeys through the northern lights.

As Stavros Katsanevas once (kind of) said ‘This album is a door opening into the cosmic process for the formation of black holes’. 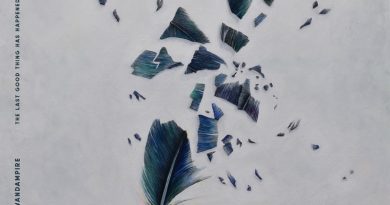 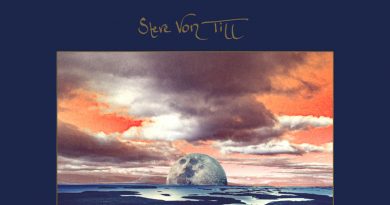