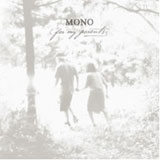 I’ve always been a massive video game nerd and the aspect of a game that will often make or break the experience for me is the music. If you’re going to be spending a large chunk of your life with a game then the soundtrack had better be good. All of my favourite games are irrevocably tied to their soundtracks and while many modern video games feature sweeping cinematic scores that attempt to match the epic realism that 21st century graphics afford, I’ve always had more of a penchant for the simplicity of a good old fashioned 8-bit tune. It always amazed me the way composers such as Nobuo Uematsu and Koji Kondo squeezed so much adventure, joy, sadness and so many other mixed emotions out of such humble components and technical limitations. In many ways these limitations facilitated greater invention and creativity with the use of sounds and melodies to emulate drums, guitars or even entire orchestras.

Something tells me that the chaps in MONO have spent more than their fair share of time playing video games like The Legend of Zelda and the Final Fantasy series at some point in their lives but they take this influence and play it with the 21st century sheen. Their music has the kind of cinematic quality you come to expect from any band widely labelled as “post-rock” but the larger-than-life, overly emotive melodies that the band orchestrate sound like they began life in an RPG rather than a movie. And just take a look at those song titles; “Legend”, “Nostalgia”, “Dream Odyssey”, “Unseen Harbor” and “A Quiet Place” – tell me they don’t sound like the kind of place-holder, vaguely descriptive or completely referential titles that a game-composer would create, like “Lost Woods” or “Boss Battle.” Hell, I’m surprised they didn’t name a song “Tamaki’s Theme” in honour of their bass-player.

But regardless, MONO are impressive; opening track “Legend” lives up to its name and in rather grandiose fashion it must be said. A beautiful frenetic guitar melody builds to a crescendo of drums, crashing cymbals and the strings of collaborators the Wordless Music Orchestra. You can almost picture sweeping camera shots of snowy mountains reflected in still lakes, lush forest land with horses galloping with their fetlocks blowing in the wind, and in the distance – a setting sun. “Nostalgia” evokes similar imagery with a creeping sense of sadness which bleeds into “Dream Odyssey” on beyond. One thing you can say about MONO is that they manage to create a cohesive, consistent mood throughout the album and they are masterful composers of lush, quasi-classical, guitar-based post-rock.

However, for all its beauty, it has to be said that there is an uneasy sense of familiarity throughout For My Parents. Only one or perhaps two of the songs take their slowly building melodies into unexpected or not-the-obvious areas. Even in the early stages of each song you can kind of predict where the song is going to go and more often than not you will be correct. As a display of compositional understanding and musical chops, For My Parents can’t be knocked – it packs an emotional punch and is, at times, breathtakingly beautiful (see “A Quiet Place (Together We Go)”). But it also washes over you in much the same way that many orchestral scores do which means that when it’s all over the melodies just kind of evaporate into thin air. Ultimately, this is a good album, but what I’m saying is that as far as soundtracks go, this is more Final Fantasy XIV than Final Fantasy VII and any game nerd will know what that means. 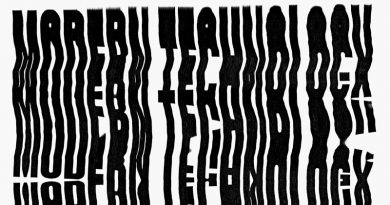