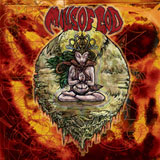 Krautdoom herbmongers Mills Of God are three men who love their heavy riffs like William Burroughs loved junk and not one of ’em sings. They don’t need to. They’ve got their guitars and drums and they set about building up a truly cyclopean sound of such black majestic proportion that your kidneys throb and weep piss and your spinal column sexual assaults your brain in sheer physiological joy. This monstrous sludgebeast of an album came out in Autumn 2008 (mastered by Bob Weston of Shellac, with artwork by Tom Denney) and is a very beautiful thing to hear. Yet again I find myself adding that there is nothing new or radical here, but, if you lust for sludge and doom, in essence ‘COTEM’ is so scintillatingly pure and heavy it draws you in like smoke and keeps you listening with nodding appreciation right until the very end.

‘Call of the Eastern Moon’ is a great rolling stoner trip that soars and glides on mighty riffs for a good twenty minutes. Delicious pentatonic runs from guitarist Moritz and his busy fretboard give this giant sprawl an ‘exotic’ and Eastern (as in Asia, not as in Lincolnshire, East Anglia and Humberside) feel reminiscent of classic patchouli soaked seventies rock, whilst the fabulous rhythm section grinds and scrapes like an old Land Rover roaring along a winding country road.

‘Monolith’ is a murky masterpiece of misery that opens with mighty shrieking feedback that whistles like a dying whale before MOG plunge snout first into a sea of stinking mud and proceed to wallow around like blind prehistoric sloths who have unwisely grazed on a rare strain of long extinct super weed that has rendered them without aim or memory. The riffs meander and die and then live again…like an instrumental segment from the first Black Sabbath album slowed down and played over and over again until the stylus melts.

Bonus track (on the CD) ‘The Seed’ was recorded in 2005 and is yet again another mammoth electrified murk trip that rattles your teeth and fills your head with a dense fug as acrid as the condensed fart of a Russian ape witch. The sound here is a little more contemporary and sparsely post-rock in places and shows how MOG have moved towards the heavier and more retro sound of the first two tracks. This whole album is a splendid and richly structured offering that has kept me listening throughout the freezing darkness of December and January and has left me thinking about what a mill owned by God would actually produce. Surely not cotton. Human beings? Have disused mills of God been converted into luxury apartments? Certainly food for thought. Blaze one up and think about it. 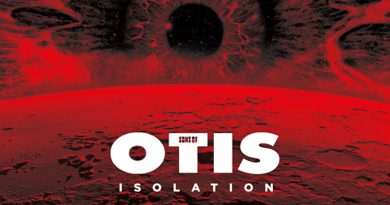