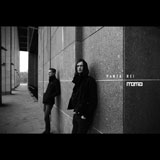 Tick follows tock follows tick follows tock ..  I waited .. not very patiently but I waited .. for the promo to arrive. After that first taste, a one track on band camp I stood up and said dude, I’ll take that review. Screamo isn’t normally my thing, but the melodic awesomeness combined with the vocals just seemed to fit and spark a curiosity in me. So I took the review.

But as I mentioned, I waited and I waited for the promo to arrive… I could describe the things I did while I waited but there’s certain things even the internet isn’t ready for, so I waited and it finally arrived. Yay, with joy I opened it to find .. one track .. the same track I’d heard on band camp. What the fuck .. dismay is an understatement .. my appetite was wet and I wanted more. Sadly though, there was no more, so please enjoy this one track review, I hope you enjoy it as much as the lone track by Meta …. This is Panta Rei

The first thing I’d say about Panta Rei is that it’s well produced, everything meshes together fucking beautifully. It starts off with this epic build-up of sci-fi proportions, it makes you imagine standing on the moon and looking down on the Earth, it’s a heady instrumental of planetary proportions.

A little bit of keyboard, followed most notably by the electric guitar. Single string picking its way into existence before the drums and vocals come slamming in. We now have this eclectic mix of heady vocals and heavy drums which pound away until the vocals switch into an epic screamo section. Now at first I was quite surprised by this, it seemed quite out of place, but the more you hear it, the more it works. The rest of the track follows along this path of heady vocals switching to screamo and it rolls along so well together.

The mid-section drops us off into a void of single picking and melodic vocals before we ramp up into screamo once more and we follow back into the pattern of heady vocals and heavy rhythms again, finishing out the track with a barrage of bass, snare and lofty guitar.

It’s a shame this was only one track, it’s a well put together piece with a lot of potential. I honestly look forward to seeing what else these guys put together in the future. 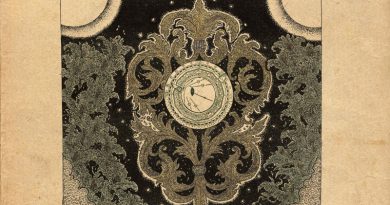