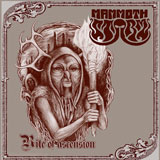 There’s something about the name Mammoth Storm that intrigues me. Is it referring to an enormous weather front, or a storm made of ACTUAL mammoths? Either would be sound reasoning, but after listening to the first thirty seconds of this crushing two track release, I’ll wager the latter.

‘Rite of Ascension’ is a thunderous, lumbering beast of a track. The first two minutes is probably one of the heaviest riffs I’ve ever heard. Doom bands have this knack for pulling out repetitive riffs that sink slowly into your mind and suddenly become THE riff for a day or two. There’s a ponderous, earth shaking rhythm to it, in which you feel somewhat small and insignificant. Mammoth Storm have distilled the essence of early Mastodon here, but slowed it down to a crawl and removed all the adventurous prog rock influences. What you’re left with is simply heavy as fuck. Overlaid with a primal roar, this is the soundtrack to a lost world, where huge beasts walk REALLY slowly. To the sound of riffs the size of mountains. I love it unashamedly. It has a similar hypnotising quality as say, Electric Wizard.

Track two, ‘Obscure Horizon’ starts with a much more swaying groove, which feels less heavy but it isn’t, it’s just a different kind of heavy. It then fades out to eerie picked notes peeking through a distorted mist. The vocals are much more haunting on this track, and ‘Obscure Horizon’ seems a lot creepier and more menacing than the title track. It’s an interesting dichotomy presented with the more straightforward ‘Rite of Ascension’. It’s good to see a band display attempts at variety in this style of music. Too often you can get lost amongst songs and riffs with this kind of ponderous, rumbling doom but these tracks are different yet somehow the same. ‘Obscure Horizon’ is like the unstoppable crawl of tectonic plates; crushing yet achingly slow. It feels like if Isis had spent more time listening to Electric Wizard; with the slow build of dynamics to the mournful choral voices in the final minutes. A showing of stark vulnerability.

My only problem is that it’s slightly short. I’m fully aware of the irony of that statement considering it is two tracks covering a total of 24 plus minutes. But I’m left wanting more, wondering what else we have yet to see from Mammoth Storm. If it’s more of this, then we are all about to be blessed. Hopefully this is just a sign of things yet to come. 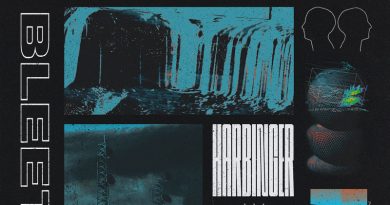 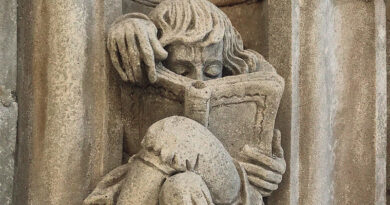