This isn’t the first time Lunar Swamp have featured on The Shaman, our own Rob Bryant covered their debut UnderMudBlues last year. Rob’s description of the record ‘It won’t impress blues purists, and won’t much reward the casual listener, but there’s heaps of blues under the mud, and heaps of subtlety under the fuzz’ is what initially inspired me to investigate the Catanzaro trio.

The band’s line-up remains unchanged featuring; Mark Wolf – vocals/harp, Machen – high-low guitars/cigar box guitar and S.M. Ghoul on drums. The cover art by Steven Yoyada doesn’t deviate too much from that which adorned UnderMudBlues and sets the tone for the murky shamanic blues doom metal we have come to expect.

Opening track Muddy Waters starts with a blues shuffle, harmonica and acoustic guitar in tow. Its coincidental that the album is being co-released by The Swamp Records because a swamp is exactly the image the intro conjures along with oppressive heat and whisky, Danzig’s Killer Wolf comes to mind here. A rattlesnake appears around the forty five second mark before some almighty Sabbathesque doom kicks in and Mark Wolf‘s accompanying Glenn Danzig style vocals. This is a reassuring opener for fans of their first album.

Moonburst Smoke‘s main riff features a hook that will implant itself into your consciousness for quite some time with a similar feel to Bruce Springsteen’s Adam Raised A Cain, indicative of a band expanding their musical boundaries. The Redneck Squatch continues the musical exploration, the beginning betraying an outlaw/hillbilly country influence. According to Miriam-Webster a Squatch is defined as ‘a hairy creature like a human being reported to exist in the northwestern U.S. and western Canada and said to be a primate between 1.8 and 4.6 meters tall’, and as such the monstrously unrelenting heavy grooves match up with the visuals of said creature. Saint Vitus and Soundgarden are also evoked during the listening, which is of course no bad thing.

If the thought of Black Oak Arkansas, Allman Brothers etc crossed with Black Flag gets you salivating then Old Ben The Gator will be for you; the musical hybrid reminding me of Across The River, underrated pioneers of the Palm Desert scene. There are some nice Corrosion of Conformity influences in Cross Swamp Blues from around the time of Deliverance which saw that band park aside their Hardcore punk influences and adopt a doomier approach.

Sweet Sue, a cover of the Witch classic was previously released by the band as a stand-alone single on their Bandcamp page but which has been remastered for the album. Covers can often be a tricky prospect but there is no chance of the band humiliating themselves like Duran Duran did with their frankly preposterous cover of Public Enemy’s 911 Is A Joke. Thankfully unlike Duran Duran, Lunar Swamp decide to wisely stay within their comfort zone and cover a band from their genre. At around the six and a half minute mark an extra track is added, a cool blues jam that continues their tradition of ending on an instrumental note (see Creeping Snakes from UnderMudBlues).

If you’re a fan of the aforementioned UnderMudBlues then you’ll be positively delighted with this new release. The wonderful thing about Moonshine Blues is that the experimental touches are subtle and help to keep things fresh without ever really detracting from the band’s core sound. I have a tendency to bypass the stoner/doom releases available for review unless it promises something a little more unique (beyond the usual boring themes of bongs, weed, wizards, witches etc) and Lunar Swamp certainly do. 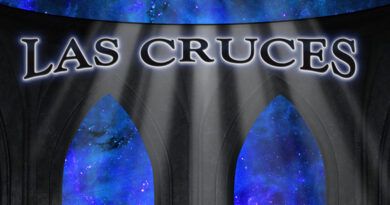