As with several of my previous reviews for this fine publication, I come to German outfit Lasse Reinstroem blind. So, when opening track Rasputiza begins, with its rim-clicked snare, mournful guitar, and spoken baritone vocals, I’m half expecting Peter Murphy to give me an update on Bela Lugosi’s corporeal existence.

Is that what I should be expecting – a rehash of the mopiest aspects of goth? Doesn’t the band’s website say something about psychedelic krautrock? And what about the band naming the album after the Russian mud season – is that a portent of an album that gets bogged down?

No – well not yet, anyway. That restrained beginning I mentioned soon gives way to a big chugging chorus. The booming vocals somehow also have a moaning, chanting feel, and they’re a big part of what I consider a fairly unique German heavy rock quality: to be simultaneously gloomy, stately, and stirring. Mirror Of Deception fans know what I mean.

Mary Cries kicks off with twangy reverb-heavy guitar and quickly heads in the direction of the more rollicking and driving Bad Seeds tunes. Wake Up In Soweto continues the Bad Seeds vibe, this time at a more measured pace. I can’t help but think of The Weeping Song – the vocals in the verses are eerily similar to Cave and Bargeld’s duet. The huge lumbering chorus and even the frantic bridge fit the same vibe.

The growling, stuttering bass and minimal guitar of Neuse Louise point in a more post-punk direction, and the gang vocals are invigorating fun. From this point, however, I think the band does show some signs of being stuck in the Rasputiza mud.

What follows is an undulating 10 minute epic of serpentine bass, with layers of guitar, vocals, and even sitar…

Despite valiant efforts to build tension via the churning and occasionally off-kilter guitars, the overall effect of Boat Song is just a plodding ballad. The multi-tracked female lead vocals are a welcome change, but the song comes across like 90s alt-rock drudgery. Think The Superjesus, or Evanescence without the nu-metal.

Lasse Reinstroem recover somewhat with the next two tunes. Ferry Of The Common Man is chunky enough in the chorus to be nearly stoner/doom, and the pulsing bass and airy guitars of Ezekiel eventually do reach a compelling climax, but both feel a bit flat. Not terrible but not exhilarating.

And so we draw near to the end of the album. I’ve given you my thoughts on seven of the eight tracks contained within. What will the final track bring? Will they manage to dig themselves out of the mire?

Utopia begins ominously with a nearly-chanting chorus of vocals and insistent guitar. When a motorik begins, I’m in. What follows is an undulating 10 minute epic of serpentine bass, with layers of guitar, vocals, and even sitar.

It’s a pretty strong finish, but as I feared, this is an album that loses momentum from time to time. Sometimes the sonorous vocals and chugging riffs feel epic, sometimes turgid. A bit more emphasis on the tense post-punk sounds and upbeat riff-rock would do the trick for me. 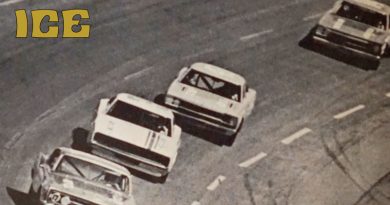