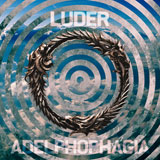 Luder’s first album, “Sonoluminescence” was a journalist’s dream allowing the writer to throw a plethora of adjectives at the wall and see what stuck…dreamy, dark, sensual, grungy, pop, cinematic, atmospheric, ethereal…etc. The album all at once defied yet prompted description with its scope yet unfamiliarity with the rest of the Small Stone roster and rock music in general. This latest effort, “Adelphophagia”, which apparently refers to the phenomenon of one twin subsuming the other in utero, takes the blueprint of the first album and builds and stretches it out into a bigger, darker more magnificent beast.

Opening track “Never Liked You” slams in with a sound probably more reminiscent of other Small Stone acts with a hard hitting, heavy rock riff that is soon displaced by Sue Lott’s dreamlike, sensual vocals that create an irresistible push and pull in the music between the muscular and the cerebral.

Once the tone has been set Luder work their way through a classy set of tunes that succeed in being heavy without being metal, fuzzy without being indistinct, intellectual without being unapproachable, sensual without being titillating, dreamlike yet well grounded, psychedelic without being unfocussed, dark yet beautiful and enticing. Imagine Garbage with bigger amplifiers and bigger dreams or perhaps the Cocteau Twins jamming with Kyuss, All About Eve making sweet love with The Smashing Pumpkins.

Throughout the course of these nine songs the guitars of Scott Hamilton and Phil Durr weave in and out of each other in a twisting, shape shifting, effects laden barrage that is almost telepathic while Sue Lott’s bass and Eric Miller’s drums lock into a sympathetic groove that bring to mind the classic Eric Avery/Stephen Perkins axis that underpinned Jane’s Addiction’s finest work. In fact Jane’s Addiction are by no means a bad reference point as Luder take that band’s esoteric style and smooth off the metallic and aggressive edges to present something no less affecting but warmer and more inviting. If anything this latest release sees the band moving from the more pop elements of their debut into more expansive, trippier territory without sacrificing their sense of melody and structure. It may not be as immediate a hit but the extra work involved in getting under this album’s skin could well prove to make it a more satisfying long term proposition.

The best way to approach Luder is not to judge them against the rest of the Small Stone family but as a beautiful, exhilarating entity in their own right…they exist in a world of their own yet will welcome you with open arms. Give them a hug!!! 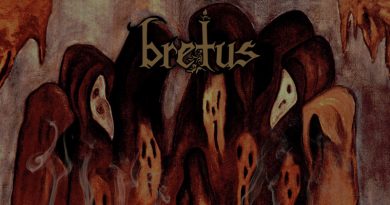