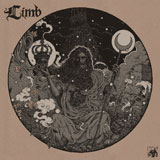 Living in the capital has the ability to crush one’s spirit; whether it be an armpit to the face on the early morning commute or having to take out a second mortgage to afford a pint of fancy craft beer. There is, however, one thing that keeps me going against the backdrop of urban solitude and overpriced watery beer – the burgeoning music scene and seemingly never ending selection of up and coming bands to listen to. Limb are one of the bands beginning to play an extremely important part in the surfacing underground scene and their debut album looks set to launch them into some much deserved limelight.

My first encounter with Limb was seeing them support Manatees at the Black Heart back in 2012 and since then they have gone from strength to strength, however, I was not prepared for how impressed I’d be with them upon hearing their debut full length. Opening with ‘Twelve Ghosts’, this record grabs you by the throat and doesn’t let go; among the monstrous riffs and thick vocals there are some hip shaking grooves that have the ability to make you want to move despite all the heaviness.

Rob Hoey’s vocals pendulum between soulful and melodic to brash and guttural as the music meanders through catchy beats before bulldozing its way into brutal nastiness. Sam Cooper’s well timed string plucking provides a backend that’s bigger than a double decker and ties everything together even when they appear to be descending into chaos, complemented by Pat Pask’s tar-smothered riffs. The guitars are the star of this show, providing an eclectic tone and range that shapes the mood and atmosphere perfectly for each track. Human metronome, Jodie Wyatt, beats her skins ruthlessly, offering up not just a relentless and extreme percussive backdrop but also tying a neat ribbon around the already near-perfect chemistry of the line up.

Album highlights ‘Daemoness’ and parts one and two of ‘Eternal Psalm’ slug along at a rhythmic and colossal pace with chugging riffs and sleazy, liquor soaked vibes. The constant switch-up of tempo and juxtaposition between the mega-heavy and infectious harmonies meant there was never a moment when this album didn’t hold me absolutely captivated. Limb have peaked with this record, but the four-piece are showing no signs of slowing their upwards trajectory and I look forward to seeing the further produce of their imminent ascent to the top. 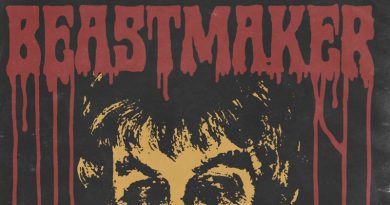