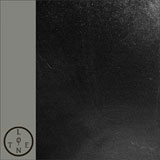 Ohhhhh, Lento, you big hulking brute, where have you BEEN all my life? I cannot believe I let this band evade my attention for all of this time.

See, in these days of ‘post-rock’ this and ‘post-metal’ that, the minute I hear that a band is instrumental and does the whole ‘Quiet/LOUD/Quiet’ thing I start getting cold sweats and run in the opposite direction as fast as I can with my fingers in my ears. I’ve been burned too many times by Isis wannabes and Mogwai-alikes that think they’re all arty and moody and shit, but really are about as interesting as the audio soundtrack to the six hour arthouse epic ‘Staring At Slate’. Hell, I still haven’t forgiven Pelican for everything that came after the frankly COLLOSAL opening track of their debut EP – me like ‘Mammoth’ – so you can understand exactly why I’d managed to avoid hearing Lento up until now, like the FOOL that I am. Ohhh, Lento, can you find it in your hearts to forgive my foolish error?

Look, YES, Lento do the ‘LOUD/quiet/LOUD – HEAVY/soft/HEAVY’ dynamic thing, and YES they are entirely instrumental…BUT…they do it BETTER than just about every other band in that vein that I have ever heard – they have ‘IT’ and they have it in SPADES. Seriously, Lento have got ‘post-metal’ by the BALLS. Dynamic, tense, dark, mean and exceptionally moody, ‘Icon’ is a masterclass in ‘how to sustain a mood successfully across an entire album without becoming boring and one-dimensional’, and – VERY importantly – they know to quit while they’re ahead. ‘Icon’ is thirty-seven minutes long and leaves me wanting more, more, MORE, as opposed to seventy minutes long and an extremely effective soporific that makes me yawn, yawn, YAWN.

They say that from little acorns, mighty Oak trees grow, and the same can be said of ‘Icon’. Intro track, ‘Then’, is an atmospheric synth piece that gives no real indication of the towering sound that is to follow, aside from the introduction of some minor epic percussive strikes and dramatic gong flailing toward the end of the short piece. ‘Then’ bleeds into opener proper, ‘Hymn’, and….well….the gloves are well and truly OFF. A truly hulking beast of a track, ‘Hymn’ seeps out of the speakers, bristling with pent-up, locked-down, aggression and proceeds to slowly seethe and glower like a caged beast, moving from massive blocks of doom, through Melvins-esque discord and into tense, restrained mathiness before exploding in a righteous display of metallic mastery into a riff that makes like Neurosis and Mastodon duking it out in a tarpit. Lento have the sound and feel of a man who is slow to anger, but when he finally does reach boiling point he explodes like a volcano into magma-hot fury.

‘Limb’ strains at the leash for a minute or so of pounding drums, low-key feedback and distantly kaleidoscopic guitar before smashing out another seethingly discordant riff that then dissolves itself back into the ether to make way for the next monster. ‘Hymen’ is full-on metal for its entire length, with nothing to disrupt the flow of discordant, focussed riffage. A scathingly propulsive central riff, flanked by claustrophobically tight discord, and ending in a machine-gun-esque display of all pistons firing at once, More lurching discord comes courtesy of ‘Still’, which sounds for all the world like the Melvins attempting a Voivod impersonation. Can you see why I would like this so far?

‘Throne’ is the mid-point, a relative oasis of calm that still has an underlying tension to its echoing hymnal guitar drone, as though something bad is on the shimmering horizon, moving inexorably toward said oasis. ‘Least’ IS that ‘something bad’, an ugly, lurching ball of spitefully malign atonal power-moves with a definite industrial edge to it..and by ‘industrial’ I mean Einsturzende Neubauten, not Nine Inch Nails, capiche?

‘Dyad’ switches schizophrenically between hanging, ringing notes and more tightly reined-in choppy discord, really piling on the tension with its sea-sick feel, tension that is fully capitalized upon by ‘Icon’, which emerges from a glittering miasma of guitar into a speedily aggressive burst of pure fury, before reverting back to seething restraint once again. A disquieting spidery guitar part, very much like the opening riff of Holocaust’s ‘The Small Hours’, crawls atop the latter part of the track, as the other guitars switch gears into a quieter mode, but still with that underlying tension. The track ends with a simple drum beat, thudding away in a void, everything else having melted away.

‘Icon’, the album, ends on ‘Admission’, a spectral and choral synth piece with a distinct Vangelis feel to it. The sense of unease herein is palpable, growing as the track unfurls into something approaching the feel of the modern classical avant-garde composers, such as Ligeti or Penderecki, as used on the soundtrack to Stanley Kubrick’s ‘The Shining’. Tension and unease sustained to the very bitter end.

‘Icon’ is a stunning piece of work and one hell of a mood-piece. I found myself completely bowled over by its sense of stalking, brooding menace, and by the end I was head-over-heels in love….although I suspect that says more about ME than it does about Lento.

I KNOW you’re all burnt-out on the ‘post’ thing, but TRUST ME here, you need to pay serious attention to ‘Icon’ and Lento, they could just be your new favourite album AND your new favourite band. Don’t let this one slip through the net. 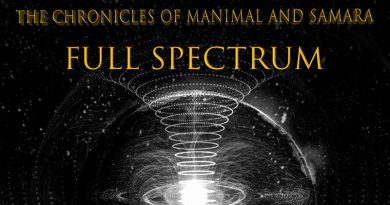 Review: The Chronicles Of Manimal And Samara ‘Full Spectrum’ 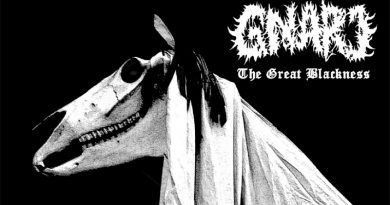