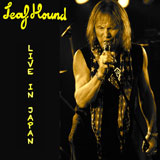 If we had to describe Leaf Hound, we could say they are one of those bands who end up becoming legendary without making it big. Their roots go back to 1969 with Black Cat Bones, a band that featured, in its early incarnations, guitarist Paul Kossoff and drummer Simon Kirke, who went on to form Free. Black Cat Bones issued one album and then replaced their vocalist with Peter French. Soon after that their guitarist, Rod Price, left to join Foghat and French decided to make his cousin, Mick Halls, the new guitar player. With that change, a band was born. Their name? Leaf Hound.

In 1971, they released their masterpiece: the seminal ‘Growers Of Mushrooms’, hailed as a bona fide cult classic of the hard rock genre and cited as a very important release in the evolution of both heavy metal and stoner rock. Of course, the same thing can be said for Black Sabbath’s ‘Master of Reality’ – released in the same year- but somehow ‘Growers Of Mushrooms’ doesn’t seem to get the recognition it truly deserves. Let’s not underestimate the value of the record, though: it was recorded and mixed in one brief but magical 11-hour session back in 1970 and it’s iconic, even though its classic status was only reached almost two decades after its original release.

It all started in 1993, when Record Collector Magazine got in touch with Peter French to do an interview and a seven-page article about this long- forgotten gem of British hard rock. One year later, ‘Growers Of Mushrooms’ was officially re-released on CD. From that point on, fans worldwide began to explore and admire this record. In fact, the feedback was so strong it convinced French to reform the band in 2004. Eight years and a new studio album later (the critically acclaimed ‘Unleashed’), they were invited to play in Tokyo, Japan, for the first time ever and the shows were recorded and filmed for a live album and DVD package, first released in the Land of the Rising Sun and now available worldwide, thanks to Ripple Music.

The live album is, in a way, a live best of, featuring the greatest songs of a not so extensive discography. ‘Barricades’ is the first track, with Peter French at his best singing like there is no tomorrow. The song segues into ‘Freelance Fiend’ (from the famous debut), an awesome psychedelic rock tune. ‘Work My Body’ comes next, being another classic from 1971.

One must also highlight ‘One Hundred And Five Degrees’, due to Peter Herbert’s excellent bass lines. Still, the best is saved for last: a brilliant cover of ‘Evil’, a Chicago blues standard written by Willie Dixon, recorded by Howlin’ Wolf , in 1954, and again by Cactus, with whom Peter French performed.

It is also important to emphasize the band sounds inspired, like they really want to be there on stage. In a way, the only disadvantage is that the album is very short. While the DVD version contains a full concert, the CD clocks in at around 38 minutes. Despite this limited listening experience, Leaf Hound proves one thing: they might not be as recognised by the masses as, for instance, Led Zeppelin, but they are veterans of the industry, one of the most influential groups of the underground, and still have a lot to offer.

This is a record recommended for everyone: fans, music aficionados (not only the rock community) or simply anyone who wants to discover the amazing work of one of the most respected yet underrated bands of the rock and roll universe. 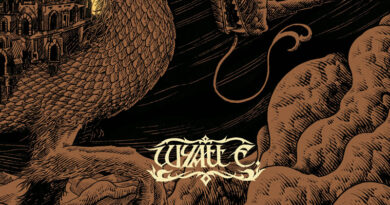