On their latest album We Spare Nothing, Suffolk two-piece Kulk effectively succeed at making a little sound like a lot. Guitar and drums are the centre of attention, complimented by synthesizers and not least an aggressive vocal performance. There is a lot of guitar-layering comprised of drones, oscillating delays, and noise, making it massive and at the same time chaotic. We Spare Nothing was released on 29th October on Hominid Sounds.

All in all, it’s an intense listen full of contrasts. While labelled as noise-rock there are nods to doom in the vein of Sleep and Pigs x7 (also noted as inspirations) as well as psychedelic rock and punk. It sounds like a mouthful, and it is, but once you get into the album, Kulk really know how and when to draw on their influences.

We Spare Nothing is for the most part riff-oriented with a few songs departing from this, acting as interludes and psychedelic passages, but more on that later. The riffs: They’re simplistic, seemingly written with a less-is-more approach which leaves room for all the other things going on. Synthesizers and layers of fuzz and noise compliment these two-to-three chord riffs quite well and create an occult and psychedelic atmosphere on the album. The first track Shuck starts off with ambient synths before kicking in with one of these riffs. The doom references, and nods to Sleep, are there for sure, but at the same time, it’s psychedelic and wild thanks to the noisy ‘fuzz-pedal-goes-to-11’ lead guitar towards the end.

Forgetting Is Your Blessing is next, and while being riff-oriented like the previous track, some experimentation is introduced in terms of song structure and sound. The song opens with a thin and gritty guitar with lots of reverb and tremolo, slowly building up the intensity. Rather than repeating themselves, the song leaps seamlessly from one riff to another while varying in intensity and increasing in tempo, perfectly blending psychedelic doom with references to punk and noise. The heaviness, noise and aggression is clear, and it’s executed well.

The way Kulk blend doom, psychedelia and noise-rock make We Spare Nothing an album not to be missed…

Following these two rather intense tracks, Goblin Dreams slow things down with a narcotic drone track centred around drums and synthesizers. The vocals are mumbled, and the overall atmosphere is unsettling. This track, and My Old Man kind of acts like psychedelic interludes between all the chaos and noise, with the latter having a darker feel to it.

Between these interludes, we reach the heaviest part of the album with Day Old Kebab and Lives For One. Both are chaotic and loud, and the mix is dense; packed with fuzz and oscillating delays. While the guitars generally dominate the mix, there’s some excellent drum work adding contrast. They sound clean and organic, and as the steady and forceful drum patterns are the only constant, the drums really become the foundation, keeping everything else from falling apart, which also comes to show on Lone Individual; Throughout the song the drum pattern remains the same, contributing with direction for the rest of the instrumentation. The last song Kill Your Local Rapist, where the drums are absent, maybe the best example of this, as the guitar and vocals gradually become noisier and more out of control, eventually breaking apart, closing the album.

The way Kulk blend doom, psychedelia and noise-rock make We Spare Nothing an album not to be missed. Comparing it to their 2020 debut, Here Lies Kulk, a lot has happened, certainly in terms of atmosphere and aggression. There is a lot of depth to this one, while still being straight to the point and riff-oriented. 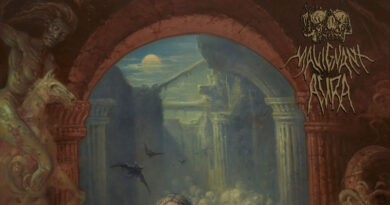 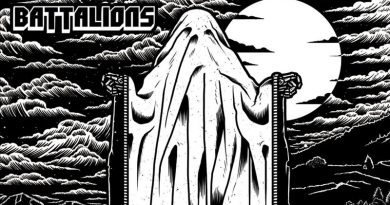