It’s been cool to watch the expansion of stoner, doom, and heavy rock & roll over the course of the last twenty years. The genre has expanded and contracted, absorbing so many sounds and styles rooted in the late 60s and early 70s including, of course, garage and progressive rock. Kaleidobolt, a power trio from Helsinki, Finland is a perfect example of a band willing to throw all these different sounds into their sonic stew, no fucks given, and blast off into all sorts of directions.

This One Simple Trick, the fourth full-length from Kaleidobolt, certainly exemplifies this approach blowing the record open with the pounding, driving drums of Mårten Gustafsson as Fantastic Corps explodes from the speakers. A frantic, kinda-trippy rocker, featuring the hectic riffing and soaring melodic vocals of guitarist/vocalist Sampo Kääriäinen. However, around the mid-way point, Fantastic Corps drops into a full-on, prog-synth freak-out. When absorbing this album, I had to check a few times to see if I was still on the same track. Kaleidobolt throw it all into the stew, making Fantastic Corp almost sound like a mission statement for these guys.

I Should Be Running (I find myself saying that a lot as I try to run at least 11 miles/17 kilometers a week) starts off with a cleaner, mellower guitar tone, as well as some xylophone flourishes, really making me think we’re heading into prog-space-out territory, but no, instead Kääriäinen launches into some full-on downstroke-warlord, garage/punk strumming all while his crazy, harmonizing vocals float above it all. Lest he be forgotten, bassist Marco Menestrina shines on this track too, launching into some full-on neck-length, bass-noodling, driving Kääriäinen’sfrantic guitar, and Gustafsson‘sdrumming, to say nothing of his work on the outro. Two songs in and I’m already dizzy.

Merja-Liisa switches gears a bit, sounding a bit more garage rock, slightly later 60s, but as this band has shown me over the course of the first couple of songs, these guys are all over the place, and usually during the same song, however here they stay the course with a catchy garage rock track.

Kaleidobolt really throw all their late 60s/early 70s influences into one gigantic blender, and really make it work…

Weekend Warrior brings back more of a straight-forward, for Kaleidobolt that is, rock song, featuring, downstroke tension, big riffs and guitar histrionics from Kääriäinen, and some pretty dynamic rhythmic action from both Gustafsson and Menestrina. Weekend Warrior is sequenced well, serving as the big, epic rocker in the middle of This One Simple Trick.

Border Control resumes Kaleidobolt’s kaleidoscopic (sorry!) approach, as this song is also all over the place. Starting off with a mellow, slow-build, it continues to expand, before exploding into borderline-thrash/speed metal riffing from Kääriäinen. However, as I’ve come to expect by now, Kaleidobolt does Kaleidobolt things, as a cacophony of sounds and styles make up this track. Prog-freakouts, soaring vocals, trippy effects, you name it, it’s all here. Ultraviolet Chimapnzee is an up-tempo prog/synth attack featuring some pretty impressive drumming from Gustafsson .

Closer, Walk On Grapes turned out to be one of my favorite cuts. Here Kaleidobolt proffers some cool, mid-tempo rock with almost prog-folk leanings, but the melancholy breakdown in the middle features some nice, emotive guitar work and vocals from Kääriäinen. Walk On Grapes is a fitting closer to such a kaleidoscopic, sorry, I did it again, record. I Mean, I cannot stress it enough, Kaleidobolt really throw all their late 60s/early 70s influences into one gigantic blender, and really make it work.

I find a sense of adventure in these songs, Kaleidobolt really go for it. I mean these guys are obviously talented, obviously adventurous in their sonic leanings, and seem to really want to explore. The fact it’s three guys also makes this record eyebrow-raising. This was my first experience with Kaleidobolt, and it’s been a while since I discovered a band with a more fitting name to describe their music. Points for the Facebook photos in the matching Adidas tracksuits too! 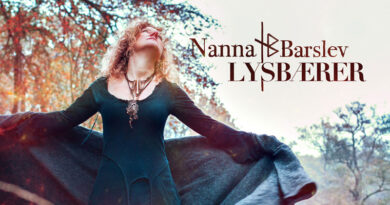 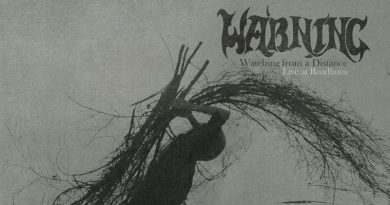