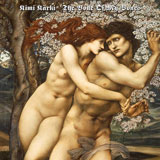 Here’s one for all those self-proclaimed aficionados and seekers of the esoteric: have you heard of Kimi Kärki? If so, you’re at least a step ahead of where I was when I took this album on. Having previously played with Finnish prog-rockers Orne and doom metal act Lord Vicar – as well as written for and recorded with a host of other acts across Finland – it’s surprisingly difficult to get any concrete info on the man. According to his own (very short) biography, he is also a solo guitarist and singer-songwriter, as well as a Finnish “cultural historian”. This, his first solo album, is an effort to encapsulate these last three aspects of himself in a recorded work.

While many of his previous projects have been rooted in the genres of doom, prog and ambient-electronic darkery, his solo work has taken a different expression, one which is outside the usual bounds of The Sleeping Shaman’s interests: folk music. Released on Svart Records, ‘The Bone Of My Bones‘ is nevertheless an intriguing and fresh take on a genre that, almost by definition, has been stuck in the past. This is a record that seeks to blur genres rather than break them, and Kärki advances the musical style of his forebears subtly and respectfully. The opening song ‘I Am Aries’ lays his cards on the table almost immediately, as the soft lullabies of his 12-string guitar are accompanied by lyrics so ominous they are almost Tolkienesque. This isn’t the folk music your granddad listened to, and at first it felt a little strange to hear such mellow music addressing such heavy themes.

This thought doesn’t linger, however, and after a while the haunting beauty of the pairing becomes more and more apparent. The vocal delivery is all-important in maintaining the record’s delicate aesthetic, and Kärki’s gruff, imperfect voice works wonderfully against the diamond-cut clarity of his guitar, adding layers of imagery that even the most versatile guitar effects board would struggle with. This is perhaps most apparent on ‘Red Rooster’, a song that sounds something like a collaboration between John Martyn and Eels (Christ, that would be brilliant…). But it’s not all grit-in-mouth, as guest vocalists Anna-Elena Pääkkölä and Pirita Känkänen put in amazing performances, their clarity providing a sharp counter-point to Kärki himself.

However, one fault that could be laid at the feet of this record is its lack of variety. While there are a few interesting twists and turns – such as the subtle electronic elements that are inserted into the odd refrain, or the dark and creepy intro to ‘Archipelago ‘, Kimi Kärki has set his sights on a particular mood and sound and, generally, stuck with it. There’s something to be said for clarity of vision in this regard, and the run-time of just over 35 minutes means that it never gets old, but there will be a few like myself that can’t help but wonder what might have been if he had pushed the boat out just a little further.

But such complaints are minor, and frankly don’t detract from the quality of what is already there. Quite a few tracks – such as album standout ‘My Name Is Free’ – will stick with you for a long time, and all coagulate to form a really interesting record for those who are searching for something genuinely new in the folk genre, or are looking to discover it for the first time. Hell, if you’ve ever found any joy in the numerous acoustic releases of metal bands throughout the years (Opeth’s Damnation being a good point of reference) you could do much worse than giving this a spin. 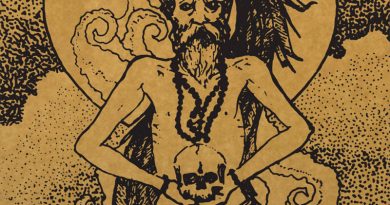 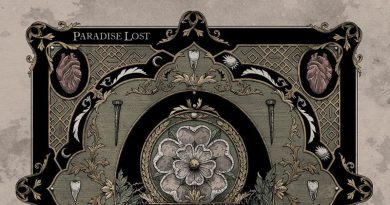