The seventh instalment of Anti-Corporate Music/Black Matter Mastering mastermind and sound engineer Dan Emery’s The Magnolia Sessions comes from the Nevada based songstress Jade Brodie. A former resident of Sonoma County, California, Brodie spent her time travelling railroads around the country using her art to express heartfelt tales of blue-collar life and strong will through simple, yet articulate poetry set to a heavy train beat. Having left the itinerant lifestyle for the more settled one of ranch life, working cattle and horseback, she continues to develop her skills and explore her sounds influenced by her new way of life.

The last recorded session of the 2021 series, Jade’s set comes at the end of a long summer as the weather was beginning to bring humid damp to the Nashville compound. Once again the personal story of the artist plays into the nature of the session, as much as the music itself, showing that Emery carefully chooses who he invites to sit under the Magnolia Tree with a discerning eye for quality of music, and passionate ability, to connect with the audience on a spiritual and human level.

Brodie’s session is littered with a sense of vulnerability from the opening strains of Split My Tooth, nervous about performing alone in a silent space, she found some comfort under the cicada trees and in the chirp of the insects bringing new and old songs to life in the dying embers of last summer.

As the first track progresses, the striking themes of the song and the overarching connection on the session emerge. This is an incredibly open and laid bare session that is imbued with a raw honesty and personal stories that are defiant and plaintive. Jade gives herself over completely in her music, her observations are laced with sadness and the struggles of balancing the heart’s desires with the repercussions on her way of life.

Sunny Outside, a tale of heartbreak juxtaposing with the connotations of the title, emphasised by the almost skipping record vocal effect of the closing lines, almost deadly in the crashing of the mood as she sings ‘It was sunny outside when I saw you… I just drove away’. Her delicate twang is captivating in her expression and her ability to sugarcoat the most earnest of laments.

When she sings about the pull of the open roads, like on the song of the same name, she injects a real warmth over the beautifully strummed chords. Her ode to railroading and travelling to play her music is a theme that is returned to again and again. It seems to fight with an urge to find that missing piece and settle down, to come home to something that means as much, and in the tender solitude, you can feel the struggle within.

The questioning continues with Mornin’ asking what will life bring? The quiet determination to live her way fills the spaces between the picked notes and the fuller struck chords. The comparatively faster Traveling Man seems to signpost the downsides of this lifestyle. Whether a metaphor for her own struggles or a tale of experience, the overriding message from the narrator seems to be ‘don’t rely on me, I will always need to be moving on’. The love of the road and the pull of the nomadic musician’s calling means that they’re not partnership material as the quest to satisfy that yearning makes a normal existence impossible.

The back end of the session moves into songs where Jade’s voice grows in power, whether assembled this way, or recorded with her confidence building which each song, she seemingly takes ownership of the personal hardships of this calling. Her attempts at creating a working family dynamic and the need to get out on the road again, like Bob Segar’s Turn The Page, it’s a bittersweet acknowledgement that comes with a price.

Honkytonk Woman breaks the mould a little by talking of these choices with no regrets. The upbeat number is full of dreams, hopeful aspirations, and the need to keep moving forward with those desires at the forefront, before Walking Out The Door she takes control of her narrative, makes the choice to go and the certainty of life on the road, on her own is the choice that makes the most sense.

Compared to some of the sessions in this series, Jade Brodie brings a quiet, slightly muted contribution that has also clearly made a striking impression on Emery. Often in folk and country, there is a resigned sense of fate or conviction in the hardships and choice, Brodie’s songs invoke the very essence of this intimate, stripped-down format. Like the audience has a seat just outside of the circle of light from the fire and is being treated to the artist, alone in the twilight, asking themselves questions, half knowing the answers, caught between imagined desires and yearning for fulfilment. So often there is a resignation to the fate that has been dealt, but with this session, it never feels like there is a conviction that this is all life has to offer, but the hope that everything can align, and things can somehow be whole.

At times it’s almost not about the music played on the lone guitar, compared with The Resonant Rogues or Donald Francisco as there aren’t any moments of musical interlude or additional instruments, this is very much a spotlight on the voice of the artist rising and falling with the tide of emotion in the lyrics they emote. Released in the month of International Women’s Day, this session celebrates, and showcases, this very unique woman who is everything that encapsulates the human spirit in the individual chaos of the psyche as it searches for its place in the world, the dichotomy of desire and comfort that are often poles apart. 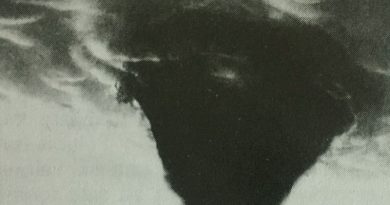