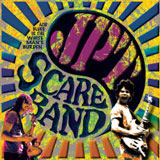 I remember my dear old dad once telling me, knowing my devotion to old school rock, that I was born 20 years too late, that I’m a man out of time and I missed out on experiencing all the greats I venerate in their prime…Led Zep, Sabbath, Deep Purple, Budgie…etc. I dedicate so much of my time to seeking out obscure old bands and albums, how is it that JPT Scare Band have escaped my notice? Sure I’ve heard the name and I’m aware of their heritage but until now I’ve never heard a note of their music…praise be to the lords of the burning valve for changing this!!!

Like the proverbial Japanese soldier who was found on an island years after the war finished still in battle mode, JPT Scare Band have hammered away doggedly through the years seemingly unaware that many of their contemporaries have long since given up the dream and become bank managers or alcoholics and spend more time getting cholesterol checks than picking up instruments!!! Whatever they’re doing it damn well works as these guys sound as fresh as a daisy and thanks to Ripple Music, look set to get the recognition they so richly deserve.

Compiled from studio outtakes spanning over 35 years this could easily have been an unfocussed and disparate mess of material that wasn’t deemed strong enough for use the first time round. That this album hangs together so coherently and is wall to wall with the highest quality tuneage is a testament to just how incredible this band really is.

Opening track “Long Day” does throw a bit of a curve ball. Whereas I was expecting a beast of 70’s blues riffing this is actually more of a radio friendly 80’s style pop rock monster. Don’t be put off by that description…this has more hooks than a football team’s dressing room and makes Bon Jovi look like women…actually they do anyway…but this is a quality tune that grows on you faster than athlete’s foot!!! Track two, “Not My Fault” is a deceptively subversive little number (check out the BP baiting video). Laid back and country influenced complete with female backing vocals and organ, the main hook is like aural heroin…once you hear it, it’s stuck there for good.

Having lured the listener in with their more commercial leanings the band then take free reign to fly their freak flag and open their Pandora’s Box of Acid Blues. “Death Letter 2001” is as fine a slice of filthy retro blues as you could hope to hear updating, as it does, the Son House original with an orgasmic display of sonic abuse from guitarist Terry Swope. Fuck me, this guy is a lost gem!!! Blazing with a technique that would make most big haired 80’s shredders shit their pants but grooving with a feel that would make Billy Gibbons weep, Swope lays on note after note of pure class. This is certainly no one man band though, bassist Paul Grigsby lays down such a filthy groove that you want to take a shower afterwards and drummer Jeff Litrell swings like an aging virgin’s nut sack!!! “Stone House Blues”, a 10 minute plus live jam taken from an old 70’s tape, takes you right back to the room with them as they’re clearly lost in the music. So few bands these days lock into each other and are able to jam so fluidly but JPT almost become a single entity with Swope’s guitar sounding like a jet plane landing on Bourbon Street!!! “I’ve Been Waiting”, another lost 70’s archive track is pure unadulterated filth!!! Yes it’s blues but jacked up to ear bleeding levels and driven with a murderous intent and a gut full of psychedelics. You can almost feel your fillings loosen as Grigsby grinds on his bass and Swope lets loose another Hendrix snubbing volley of notes. This is easily the heaviest tune here and shows that JPT are capable of out grinding, out riffing and out scaring most heavy bands before or since.

The title track comes next, another archival slice of tasty 70’s goodness that sees JPT treading deeper into more traditional blues territory with more of Swope’s guitar mastery pushed to the fore, but never at the expense of the group as a whole…it’s actually possible to listen to this and ignore the guitar and concentrate on the bass as it weaves around the notes. That said, Swope is a beautiful union of Hendrix, Billy Gibbons and Eddie Van Halen…while young Eddie was still scratching out covers in bars!!! The album closes with another lengthy 70’s jam entitled “Amy’s Blues Day”. Unlike the more structured previous track this creeps in unobtrusively to build on the blues format as the band slowly finds their feet and grooves telepathically. The fact that this is clearly a relatively unstructured jam by three guys caught up in the moment shows the charm of JPT Scare Band…it’s passion that is both seductive and enthralling and a passion that seems unabated by years in the undergrowth. Maybe it’s for the best that these guys never broke through to the mainstream…the purity of their craft hasn’t been dissipated by the trappings and expectations of fame.

So that’s the CD. For those of you that go the extra mile and get the delicious double vinyl version you are treated to not one but two bonus tracks!!!. “All Lit Up” is a gutsy boogie rock and roller, another lost 70’s gem that brings to mind Elton John’s “Saturday Night is Alright for Fighting”, David Bowie’s “Suffragette City” and any number of Foghat’s finer moments that blazes out on a guitar/synth duel that could only have been deemed acceptable in the 70’s!!! “It’s a Jungle”, another 70’s cutting room find is another example of high energy jazzed up riff rock that shows that JPT are so much more than just jams and the blues. If it’s a kick ass tune you’re after these guys will gladly deliver.

In these days when bands agonise over their song writing and recording to produce solid, coherent artistic statements that a band of old timers can pull together a bunch of apparently forgotten and unwanted tracks from the last 35 years and create an album that is surely one of the contenders for album of the year is remarkable. The question is, does that say more about JPT’s sheers class, skill and power…or everyone else’s shortcomings? A bit of both I think. 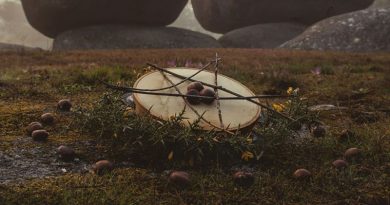