The Ice Age was recorded by the Indianapolis band Ice in 1970. Sadly, the band broke up shortly after and the album was never released. Although two songs from the sessions were released on a 45 in 1972 under a different name, Zukus, the band faded into obscurity.  In 2019, the A Side, Running High, was featured on the ninth trip of the RidingEasy Brown Acid series. With ten volumes so far, these compilations give a much deserved chance for lost bands from the past to be discovered now.

When RidingEasy was licensing Running High they discovered that the entire album had been sat in the vaults gathering dust for 50 years. Recently converted to digital and remixed, The Ice Age is now presented on black or yellow vinyl, CD, and digital download – and with a gratifying story like that behind it, it’s almost worth picking up the album on principle, but it’s also a great listen to boot.

Opening track Gypsy blooms with pure colour. A laid back jangling summertime riff, the move and shake of rock solid drumming, and atmospheric forays that create a dreamy setting for the John Fogerty style earthiness of the lead vocals. Like so many great bands of the 60s and 70s, Ice explored contrast and balance with their sound: hard and soft, heart and soul, heaven and earth.

You wouldn’t call Ice’s music heavy, but it is most definitely cool. It’s got a swagger and a swing, a mild psychedelic feel that’s not too far out, and a focus on melody, songwriting, and easy-going groove. Take Satisfy with its soulful verses buoyed by ice-cool organ sounds and an off-kilter lead vocal. The backing harmonies set up an infectious chorus that sounds like a snippet from a hippy dream sequence.

With a 60s psych bounce, wistful lyrics, sombre organs and delicate guitar picking, 3 O’clock In The Morning lays it all out before a forlorn vocal calls and an eerie guitar responds. It’s followed up by Copper Penny which calls to mind The Kinks with its tight rock and roll core, great vocal arrangement, and quirky digressions. Shining and colourful, the songs on The Ice Age are dynamic but arranged so that they don’t wander too far.

Despite the vibrancy and radiance, there’s a melancholic thread running througout, most apparent on Catch You with its mournful organ, delicate guitar, and lyrics such as  ‘don’t you know our time has passed’. It sounds almost prophetic: ‘I know you’ll be back some day.’ Thankfully, they were right.

The most rocking track on the album, Running High strides forward with a straight ahead beat, slick licks, cool, powerful vocals, the warm glow of organ, and a guitar solo that’s loaded with attitude. It’s no wonder that RidingEasy saw it fit for inclusion on the Brown Acid series.

I Can See Her Flying sways and swings with a dreamy vibe that’s pleasingly repetitive. Switching from a place of peace to a mildly jarring ascent, then giving it full easy going vibes with unashamed ‘doo doo doos’ before upping the pace and wigging out with the full chant of ‘I wonder if she will come back’.

My tastes tend to lean more towards the heavier and darker side of rock, and Ice employ neither raw fuzz riffs nor all-out kaleidoscopic acid-laden abandon, but I can’t say I’m missing either when I listen to this. Great songs, a fun trip, a nice time. It’s not often I can gel with music that’s mellow, but this is an album with which I could take it easy on a summer’s day.

But that’s not to say Ice don’t rock hard sometimes, too. Run To Me contrasts a frustrated chugging attack with a majestic break. Mean hard rock clashing with soothing psych rock and a controlled frenzy of guitar soloing. He Rides Among Clouds is maybe the least inventive song here. It’s a gentle ballad that builds into something more charged, coming down before it takes off, but its strength is with its constant unbroken atmosphere and emotive vocals.

Song Of The East sees the album out with a carnivalesque instrumental, a hint of eastern mysticism and exotic guitars that interplay with organ and timpani drums. Sounding somewhat otherworldly, it’s a fitting send off for a band that were over before they got a chance to really begin.

It’s difficult to imagine the environment for bands in the 60s and 70s. We know the tales of lucky breaks and taken chances of the bands that made it, but for all the rest that didn’t, it seems to be more of a loss while looking back from the present. Making and distributing music has never been easier, but 50 years ago a band had to have ability and raw talent, and to even get a chance to step into a studio, they would have paid their dues to get there.

Context leans heavily on my listening and in general I’m more impressed by the past than the present, but even if I disregard that, this is a laid back rocking gem of an album. Melodic, dynamic, intricate, brimming with character and ideas, The Ice Age is experimental but never at the expense of the songs. It’s simply a great late 60s/early 70s rock album and it’s pretty wonderful that it’s here to enjoy after all this time. Hats off to RidingEasy and here’s to them unearthing and polishing up many more forgotten gems. 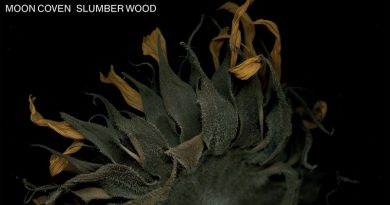