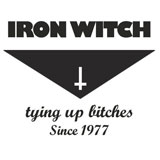 When the first Iron Witch demo landed in 2010 it was immediately apparent that, under the filthy production, there was a band with a tasty knack for creating some truly weighty sludge. It seems that the few months that have passed since the release of that demo have seen the band grow and mature at a death defying rate.

On opening track “Jailhouse” it’s clear that the band have expanded their influence base from pure sludge to a more classic rock and doom kind of sound. Sure the vocals could still strip paint at 100 paces but the riffs…ah the riffs. This is pure 70’s Sabbath worship with a killer groove and in no way the elephantine crawl you may expect. This is upbeat drinking rock at its finest and shows that the band are by no means weighed down by the sludge/doom tag the earlier efforts may have hinted at.

Up next “Booze Blues” makes a welcome return from the first demo. This time, however, it benefits from a markedly improved production that has been cleaned up but allows the bass greater room to cause tremors and induce vomiting but also allows the guitars a broader range of harmony to play with…yes, you read right…harmony!!!

Finally we knock back a fine “Single Malt”. As with the opening track this tune lurches from fine booty shaking retro rock riffery to pummelling grooved out doom. I’m sure the master distillers of the Scottish Highlands had something a little more refined in mind as an accompaniment to their efforts, but if you want to throw some hooch down your next, puke down your shirt and piss your jeans then Iron Witch are playing the soundtrack. It doesn’t end here though, wait a while after the track finishes and we’re treated to an untitled bonus track that consolidates the band’s Sleep meets Sabbath meets Eyehategod soundclash and piles riffs on top of grooves topping it off with more bug eyed throat lacerating vocals.

In the space of a few very short months Iron Witch have taken their simplistic bludgeon and refined their song writing skills and overall sound into a far more focussed and powerful entity. I said in my review of their first demo that they’re not quite up to the heights of a band such as Dopefight, well Dopefight should now be watching their arses. I believe a release through Witch Hunter is due soon, whether it will comprise this demo or not I don’t know…I hope not as I’d like to hear yet more from these guys. 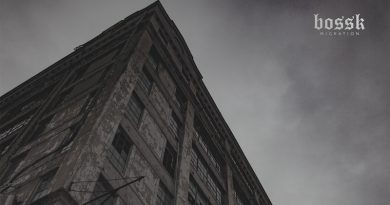