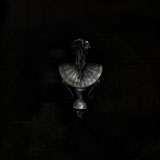 An interesting CD, here, with a heavy Justin Broadrick connection. Iroha feature Andy Swan, ex-of Broadrick’s Final project AND current Jesu bassist Diarmuid Dalton. Their sound is, well, more than a little reminiscent of Jesu….to say the least. This recording was made in collaboration with French one-man band Fragment…who ALSO sound more than slightly reminiscent of Jesu. So, basically, what we have here is a Jesu record MINUS Justin Broadrick. In a nutshell.

HOWEVER, taking Broadrick out of the equation has had the effect of sweetening the pill to a large extent – hence the title ‘Bittersweet’ fitting this record so well. The six songs on ‘Bittersweet’ are Jesu circa ‘Conqueror’, as opposed to their earlier, more ‘aggressive’ material, but these songs are lighter and more melodic again than ‘Conqueror’. The line at which Iroha and Fragment separate is a little nebulous, but it seems – based upon my listenings – that Fragment are a little more forceful than Iroha. Aside from that, the two projects are a perfect match for one another.

The first two tracks, ‘Wish Upon A Star’ & ‘Something’s Got To Give’, are Iroha alone, and they show a very firm handle on the whole ‘metalgaze’ thing, full of blissed-out melodic guitar scree, languid bass and drum programming and dreamy, smeared-sounding vocals. Not as ‘metal’ as some of the Jesu material, or contemporaries such as Nadja, I could definitely envisage fans of Talk Talk, Disco Inferno and Slowdive appreciating Iroha greatly. Both tracks are perfectly paced and do not overstay their welcome, something which can be a problem with this kind of music.

Fragment give us the fourth and fifth tracks herein, ‘Turning Around’ & ‘Carved In The Sand’, and are, as I said, slightly ‘heavier’ than Iroha – in that their guitars are a little weightier, their bass a little harsher and their drums a little more forceful – but still clearly operating along exactly the same lines, aesthetically. Their tracks are also longer and more drawn-out than Iroha’s, so their approach exposes the textures of the tracks a little more, which is no bad thing at all.

Both bands come together on third track ‘Bittersweet’, and its companion remixed version which serves as the sixth and final track, and show the listener exactly how perfectly the two bands complement one another. Containing ALL of the strengths of both bands, ‘Bittersweet’ is a truly beautiful, melancholy piece of music. Liberally drenched with processed guitars and synths, the track is punctuated by a distorted eighties electropop synth refrain that puts me in mind of something I can’t quite put my finger on. The remixed version turns down the breathy vocals, amps the bass up a notch and piles on more synth textures to create a version that is different enough to the original to make its inclusion here, as a bookend, more than worthwhile.

‘Bittersweet’ is a perfectly balanced, heartbreaking, yet life-affirming, piece of modern music. Sonically inventive and entrancing, it should find a home with any fan of melancholia, metal or otherwise.